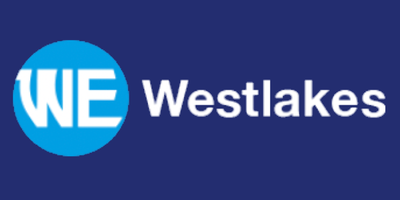 Westlakes provided Civil and Structural Engineering services for this new build Police Station on a post-industrial site in Barrow-In-Furness.

The development provides office and administrative facilities for Cumbria Constabulary contained within the main three-storey building. To the rear of the main building, a new, single-storey Custody Suite has been constructed, providing an enclosed vehicle dock, 18 cells and associated administration areas. Westlakes worked with West Cumbria Mining to assist with the production of pre-feasibility studies into two proposed sites. After identification of the preferred site, the site layout was developed, in consultation with the client’s team of environmental consultants, mining engineers and planning consultants.

The final design that was included in the West Cumbria Minings planning proposal also included the proposed route for an underground conveyor from the main mine site to a rail loading facility, also developed as part of the project. Westlakes were the civil and structural engineer for this student accommodation tower, situated opposite Liverpool John Moores University campus occupying a prominent position on the approach to the city centre alongside the Churchill Way flyover. The development provides 398 bedrooms over fourteen floors with the ground floor given over to retail and student support.

Westlakes were responsible for the design of the in situ reinforced concrete frame and foundations as well as the design of below ground drainage which included stormwater attenuation beneath the courtyard. The Attraction Safety Department undertake the thorough examination of all of the roller coasters and devices at Gold Reef City on an annual basis and have done so since 2005. Our long-standing relationship with the client is testament to the results and services we offer.

We work with the client to provide recommendations on safety improvements using our knowledge and expertise gained throughout the world as well as offering detailed examination results down to the ride components and functional testing.

Our Services
LATEST
BRYAN G HALL Join their dedicated team based in Leeds as a Graduate Transport Planner BRAND NEW EMPLOYER Advanced Vision Technology is looking for Electronic and Software Engineers to join their team THREE GRADUATE OPPORTUNITIES Join RSSB and you could significantly impact the rail industry in numerous ways JUST GONE LIVE Two graduate opportunities for Ricardo a global strategic engineering and environmental consultancy JUL/AUG/SEPT START DATES Couchbase are looking for graduate software engineers to join their team in Manchester NEW EMPLOYER Lilac Energy is a specialist supplier of software systems apply to one of their two graduate positions
Follow your favourite employers
Save jobs to your shortlist
Receive personalised alerts
Access our live webinars
Register now
Get relevant job alerts
Gradcracker and Cookies
We use cookies to ensure that we give you the best experience on our website.
If you continue we'll assume that you are happy to receive all cookies from Gradcracker.
Continue
Learn more