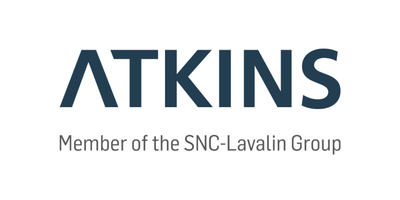 Added: Over a year ago by Atkins

Graduate Tunnel Engineer at Atkins, Rui Jian Tee presented the innovative Geogrid concept to win the digital Pitch 200 competition for London and South East England Regions. In just under 200 seconds he argued that if used in the right way for the right purpose, plastic solutions like Geogrid can be beneficial to the safety and longevity of infrastructure.

Geogrid is a synthetic material which can be used by civil engineers to reinforce soils and other materials for retaining wall or in the case used by Rui Jian – roads.

“I became familiar with Geogrid because I was involved in the International Geosynthetics Society (IGS) UK during my undergraduate time in Imperial College. It is an innovative engineering product that may not have known by many. These innovative solutions were not included in university lessons, but I thought they are interesting, simple yet effective alternative solutions to some conventional design methods.

“I am glad that the pitch competition allowed me to have the opportunity to share interesting engineering concepts to my engineering and non-engineering friends, as well as the general public.

I hope my pitch has allowed people to understand more about civil engineering in simple terms and at the same time corrected the public misconception that plastic is evil. Plastics can be used for good application if properly engineered, like Geogrid. I am excited to share my engineering story with a larger audience at the National final later this autumn."

Over 1,500 people voted in the digital competition which ran for two weeks, with Rui Jian fighting off tough competition from seven other ICE members whose presentations covered health and safety, the London sewer system, the art of civil engineering, buttered toast for breakfast among others.

Regional Director Jonathan Baggs said: “I commended the high quality of video entries to the competition this year, which reflected the abundant creativity of ICE Members when facing constraints in their work – in this instance, social distancing rules and a reliance on resources found at home. I hope all the entrants will continue to explain the role of civil engineers as compellingly as they have done in this public competition."

Rui Jian will now represent the two regions at the National Pitch 200 competition will be open to the public vote in September 2020.

Net Zero 2050: How resilient is industrial and private sector commitment?
Read more of our blogs »

Thriving in an upside down world