Setting my 'sites' on a thriving career in construction

Added: Over a year ago by Kier Group

People are always surprised when I tell them that I’m a construction site manager. ‘That’s not a job for a woman, surely?’ is usually the response I get. It just goes to show that appearances can be deceiving! 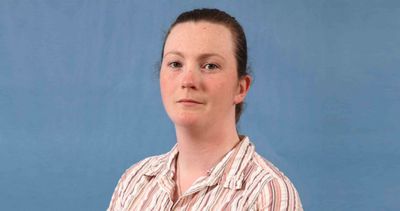 Growing up, I had my heart set on becoming a sports journalist. I was good at English, I liked travelling and played rugby and cricket at school, so it seemed like the perfect job.

By the time I finished school, the construction industry in Ireland was booming and I opened my mind to seriously thinking of a career in this industry. I enrolled in a four year Construction Management degree at Waterford Institute of Technology in the south of Ireland and my journey started from there.

During the summer breaks I worked for a large construction company, getting on-the-job experience of site management. I learned a huge amount and by the time I graduated, the firm took me on full time as an Assistant Site Manager.

I thrived in this environment – the fact that two days aren’t the same, working with different people, finding solutions to overcome daily challenges and the sheer satisfaction of seeing a building come out of the ground before your eyes, all adds up to a really rewarding job.

In 2003, I was ready for my next challenge and took up a position at Kier Construction Scotland. Since then I’ve been involved in several major construction projects and was promoted to Site Manager in 2007.

With Kier, I’ve had the privilege of working at some major projects at Edinburgh Airport, Fetes College, the Western General Hospital and now the Edinburgh College of Art, to name just a few.

I’ve never experienced any set-backs from being a woman in construction. I’m also lucky to have a great boss and together we make a fantastic double act!

There’s no doubt that there is still a perception that the construction industry is dirty, cold and that we generally dig things! It’s really not the case. Of course, I spend some of my time out of the office, patrolling the site, checking quality and safety, but equally I spend much of my time being office based and having briefings and meetings and working with a large team of tradespeople, architects and engineers. It’s a great feeling being part of a big team and I’ve developed a solid knowledge of so many aspects of construction.

Equally, there are loads of training and development opportunities within Kier. Soon I’m heading off to Edinburgh Zoo for an ecology day to learn more about protected species and plants – every day really is a school day!

Undoubtedly the construction industry is facing a skills shortage. It’s important that people begin to see past the traditional construction roles and consider the numerous careers available to young people, especially young women.

A recent report commissioned by Kier showed that 66% of teachers and careers advisors held negative views of the construction industry as a route for their students to pursue and 73% of parents wouldn’t want their children to even consider a career in the sector.

These findings make for shocking reading and I’m so glad that I was never put off considering a career in this fantastic industry which has rewarded me so much.

For my part, I’m currently working with Kier on a series of careers fairs throughout Scotland, raising the profile of construction and inspiring people to consider a role in this hugely rewarding and thriving sector. I’ve been working with high school pupils at careers fairs to try open their minds and help them consider that there are so many diverse roles within this industry – and very few of them involve digging!

Procuring a great career in construction

Building a sustainable future
Read more of our blogs »
Download it and follow us.
You'll be the first to know.
The Gradcracker Alert Service will email you with any new opportunities from this company. You can manage your list of followed companies on your Gradcracker Dashboard.
LATEST
GRADCRACKER VISITS CERN Gradcracker has been invited to visit CERN in Switzerland – find out how you can get involved BRAND NEW Royal Society of Chemistry undergraduate research bursary scheme - £305.20 per week GRADCRACKER CAREER CENTRE find out why a CV and cover letter is an important part of your application EXPLORE OUR 200+ EMPLOYERS find out more about each of our employers on the A-Z search 12 MONTH PLACEMENTS build the career that you want at Caterpillar - accepting 2:2 and above - apply today SOFTWARE DEVELOPER TPP has internship & graduate opportunities in software development - open to all STEM disciplines - don't miss out