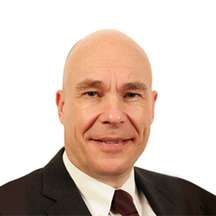 "You’re only as good as the people you work with – people development and strong teams underpin success."

Peter’s early career was spent at De La Rue Systems, which he joined as a trainee accountant, and included a posting in Madrid. He joined GEC Marconi in 1985 as a financial accountant. In 1998, he was appointed Finance Director of Marconi Electronic Systems, and served on the Boards of Marconi’s joint venture companies Alenia Marconi Systems and Matra Marconi Space.

He was appointed Director of Financial Control for BAE Systems in 1999 and his key responsibilities were driving operational performance through the business planning processes, financial and business plan reporting, Group financial and risk management controls, and review and appraisal of mergers and acquisitions activities. He was responsible for the Group’s external financial reporting and Treasury function.

Peter is a Fellow of the Chartered Association of Certified Accountants. He was appointed a non-executive director and Chairman of the Audit Committee of SSE plc in July 2014.?

When not at work: A life-long fan and season-ticket holder of Portsmouth Football Club, Peter has two adult children and lives in Hampshire.