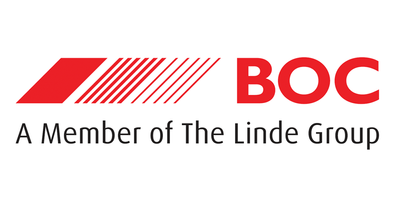 Hydrogen trains could put the government’s ‘green plan’ on track.

The government’s 10-point green plan includes an ambitious proposal to ban petrol and diesel vehicle sales by 2030, as well as a promised boost to hydrogen production in the UK. With decarbonising transport a high priority and a major investment in hydrogen on the cards, it makes sense to look at how these two ambitions can be combined. Batteries may still be the most efficient way of powering electric vehicles and vans, but for heavy transport, such as trains, hydrogen has some major advantages.

Preserving the natural beauty of the countryside

The rail industry is clear that decarbonisation will require a rolling programme of electrification throughout the network, as well as utilising new technologies including hydrogen fuel cells and batteries. Direct electrification is currently the most efficient way to decarbonise urban train lines, as the expense of installing overhead powerlines can be offset by long-term efficiency gains. For rural lines, however, accessibility issues can make installation prohibitively expensive – and overhead lines can spoil the natural beauty of the surroundings.

Hydrogen-fuelled trains, which are capable of running at speeds of up to 100 mph and can travel up to 600 miles (1000km) without refuelling, are much better suited to areas of natural beauty. They remove the need for overhead powerlines and cause much less disruption to the regular operation of lines during deployment.

In September 2018, two trains, built by French TGV-maker Alstom, began running a 62-mile route between the German towns and cities of Cuxhaven, Bremerhaven, Bremervoerde and Buxtehude – replacing the old diesel locomotives. The new trains are equipped with fuel cells that convert hydrogen to electricity, producing only water as an emission.

In the two years since the new hydrogen-fuelled trains have been operating, they have proved to be quieter, smoother, more reliable and lower-maintenance than their diesel predecessors. They produce no harmful emissions during operation and have the potential to be fully emissions free if the hydrogen is produced from renewable energy.

Alstom, in conjunction with Eversholt Rail Ltd, has already developed a class of hydrogen-fuelled trains specifically for the UK market. The train, codenamed ‘Breeze’, is a conversion of existing Class 321 trains, some of the UK’s most reliable rolling stock. The Class 321 trains are already electric, so the conversion from an Electric Multiple Unit to a Hydrogen Multiple Unit can be done relatively easily. The trains can therefore be built quickly and with minimal capital expenditure – major advantages in a developing market.

A boost for the green economy

For the government’s plan to boost green hydrogen production to succeed, there has to be demand – and that can only happen if the price comes down. But for the price to come down, demand needs to increase. The only way out of this deadlock is to invest in large scale hydrogen projects.

Trains provide an ideal opportunity to invest in hydrogen infrastructure. They have a fixed route that requires regular refuelling locations, they have reliable and predictable demand that follows a set pattern throughout the year, and they require a large amount of hydrogen – these factors combined create a predictable demand and help bring down the cost of fuel.

Once refuelling stations are in place, they can be used to refuel lorry and bus fleets, service vehicles, public sector vans and cars plus privately-owned vehicles. By producing more than is needed for trains, hydrogen refuelling stations will benefit from economies of scale, further bringing down the cost for all parties.

This effect has already been demonstrated using fleets of hydrogen-fuelled buses as the catalyst. BOC worked with Aberdeen City Council to develop and install a tailored, state-of-the-art hydrogen refuelling station at Kittybrewster. The facility produces green hydrogen from electrolysis on site, which is stored until it is needed and then pumped into vehicles – much like refuelling a petrol or diesel vehicle. The Kittybrewster station opened in 2015 and was originally designed to refuel single deck buses. It has since been opened up for use by private cars and vans and modified to accommodate double deck buses.

The time is right

It’s clear that hydrogen-fuelled trains have the potential to play a significant role in decarbonising the rail network – especially in rural areas. But investing in hydrogen trains will also open up possibilities for much wider decarbonisation of transport, put the UK at the forefront of a developing technology and help the government make the 10 point plan a reality.

Pioneering advanced oxygenation solutions at our Innovation Centre for Aquaculture.
Read more of our blogs »