The A14 Integrated Delivery Team, a joint venture between Costain, Balfour Beatty and Skanska, and design consultants Atkins Jacobs, has announced the early opening of the brand-new dual carriageway a full year ahead of schedule.

These accolades are testament to the team’s focus on collaboration, health and safety and keeping the customer at the heart of delivering the project.

Having started works back in 2016, the new 12-mile bypass, which will now open in December 2019, is part of a wider 21-mile, £1.5 billion scheme in Cambridgeshire and is the largest upgrade of its kind in the UK. On completion, it will save drivers up to 20 minutes per journey, benefitting people living and working across the entire region.

To mark the early opening announcement, the A14 was visited by the Roads Minister, Baroness Vere.

Speaking on the project, Baroness Vere, said: “This Government is committed to delivering an infrastructure revolution and it’s fantastic that a key section of this vital route will be delivered a year ahead of schedule, helping people travelling in the East of England get to their destination quickly and safely.

“The A14 upgrade will not only improve the experience for local drivers but will also boost access between the region’s ports and the West Midlands – a key logistics hub.

“I look forward to seeing the benefits in action in December and to seeing similar infrastructure schemes developing around the country as we improve links and spread growth opportunities.”

On completion, the road will open as an A road, instead of a motorway as originally planned. This will take advantage of wider lanes when joining the neighbouring M11 and A1(M).

David Bray, Highways England project director, said: “I’m delighted that we will be able to deliver the benefits of this key section of the project so much earlier than originally planned. As well as a significant improvement for drivers, this major milestone will start to realise some of the benefits of the upgrade for residents and communities along the A14 too.

“And it will mean that we are able to start work sooner on the improvements we are making to local roads in and around Huntingdon as we start to dismantle the old viaduct over the train station, which will be a real boost for local communities.”

Julian Lamb, deputy project manager for the integrated delivery team, said: “We can put the continued success of the project down to our deep understanding of the scheme and our expertise in delivering complex road projects. This has allowed us to move the project along efficiently and effectively resulting in opening the bypass ahead of schedule and being recognised within the industry as a leader in innovation, productivity and collaboration.”

Work on the upgrade has progressed at pace, with around 10 million cubic metres of earth having been moved - more than four times the great pyramids of Giza.

The full project remains on track to open to traffic by the end of 2020.

Costain pushes smart infrastructure with new tech centre
Read more of our blogs »
Download it and follow us.
You'll be the first to know.

"The graduate boot camp was a great way to network and meet other graduates."

"I have gone from Site planner to Site Engineer, to Drone Manager to Technology..."
Meet more of our employees » 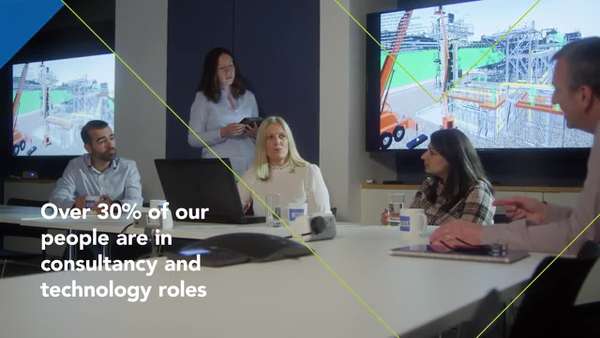 Sectors We Operate In

Interview Tips
The Gradcracker Alert Service will email you with any new opportunities from this company. You can manage your list of followed companies on your Gradcracker Dashboard.
LATEST
CERN INSIGHT We’re visiting CERN – submit your questions to be answered by CERN’s incredible team – deadline 17th Feb 2020 BRAND NEW Royal Society of Chemistry undergraduate research bursary scheme - £305.20 per week GRADCRACKER CAREER CENTRE find out why a CV and cover letter is an important part of your application EXPLORE OUR 200+ EMPLOYERS find out more about each of our employers on the A-Z search 12 MONTH PLACEMENTS build the career that you want at Caterpillar - accepting 2:2 and above - apply today SOFTWARE DEVELOPER TPP has internship & graduate opportunities in software development - open to all STEM disciplines - don't miss out