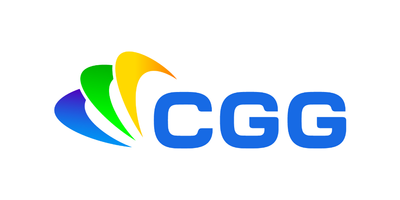 Deep-towed receiver cables (streamers) are common in marine seismic data acquisition as they improve operational efficiency by widening the weather window, as noise caused by swell at the surface is less of a problem the deeper you go. More importantly towing the receivers deeper not only decreases noise but increases the recorded signal at low frequencies due to the effect on the ghost notches caused by interference between the up-going primary wavefield and down-going ghost waves reflected from the sea surface. Better-quality low-frequency data reduces cycle-skipping in Full-Waveform Inversion (FWI) and reduces the reliance on a low-frequency model from well data for elastic inversion. However the downside of acquiring seismic data with a deeper tow is the receiver ghost notches move to lower frequencies resulting in a loss of signal in the middle of your usable bandwidth.

Broadband seismic data can be achieved by removing the ghost notches. Hydrophone-only deghosting for streamers towed at a single depth (flat-tow) can only partially compensate for the receiver ghost notch, especially if the signal-to-noise ratio is low. On the other hand, Multi-Sensor (MS) streamers use co-located hydrophones and accelerometers so that the particle velocity data (obtained by integration of the particle acceleration data) provides complementary signal for deghosting the hydrophone receiver-ghost notch.

The polarity of the downgoing wavefield is reversed by reflection from the sea surface, but in the case of particle velocity data there is an additional reversal due to its sensitivity to the propagation direction. The opposite polarities of the hydrophone and particle velocity ghost wavefields mean that the two recorded data sets can be summed together so that the ghosts cancel each other out (P-Z summation). 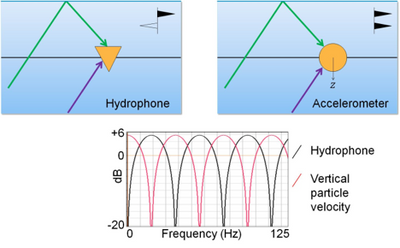 However, one of the practical issues in applying a straight P-Z summation is the high noise levels recorded on accelerometer data. The signal to noise ratio is particularly poor at low frequencies due to occurrence of aliased transverse vibrations. At higher frequencies, noise may be present generated from equipment mounted on the cable. Noise attenuation processes can remove the noise but are time-consuming and can damage signal.

To overcome the issue with the noise, an inversion-based approach to multi-sensor receiver deghosting was developed with the upgoing wavefield (the target of the inversion) constrained by hydrophone data and previously wavefield separated data. The wavefield separated data may be either upgoing (derived from P-Z summation) or downgoing (from P-Z subtraction). In order to reduce the noise contamination, data-domain sparseness weights are used. These weights may be a function of time, space and frequency, to respond to different signal to noise ratio conditions at different frequencies. Weights can be obtained via comparison of the measured particle velocity data with particle velocity data reconstructed from the measured hydrophone data. Deghosting via the multi-sensor, wavefield-separation approach using sparseness weights overcomes the challenges caused by the noise on the accelerometer data to deliver clean broadband data. Environment
LATEST
GO BEHIND THE SCENES with the BBC in our next webinar SHIPS & SUBMARINES Join Babcock's graduate programme in Design Engineering CATCH UP on our webinar with science and technology company, CGG! NEW SOCIETY! Kent Maths Society ENGINEERING/MATHS/SCIENCE STUDENTS Autodesk is looking for a Developer Intern OPPORTUNITY ON TAP placement/internship opportunities at United Utilities BRAND NEW JOBS from a range of employers
Get discipline relevant job alerts