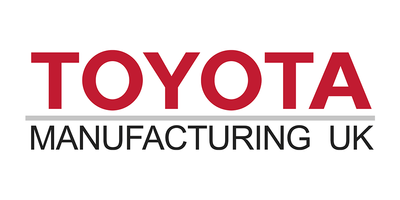 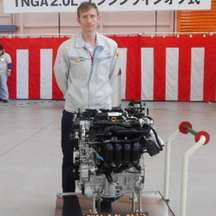 "My career with Toyota has been filled with opportunities, but by far the greatest to date was the chance to live and work in Japan for 18 months as part of the Inter-Company Transferee (ICT) Scheme."

My Career started 10 years ago with an 11 month Industrial Trainee Placement at the Toyota Engine Manufacturing Plant; Deeside, North Wales. I began by working on the production line for the first 3 weeks; an essential activity to give an appreciation of what the team go through on the way to producing the finished product. I then progressed to the responsibility of Assembly Line Quality support. It was surprising how I was trusted with real responsibility, although I was never thrown out of my depth. I learned to look at the logic surrounding a decision and was put through several courses to study the Toyota Way; learning about lean manufacturing and key fundamentals behind the Toyota Production System. I remember it being extremely eye-opening as a first insight into working life.

The working ethic instilled through my placement played a large part in me graduating with a First Class Masters of Engineering Degree from Loughborough University. I was then fortunate enough to return to Deeside as a Graduate Engineer, completing the 18 month Scheme with increased responsibilities to that of my trainee year. Throughout the following 5 years I gained experience in all areas of Quality Assurance, travelling all over Europe for supplier support and warranty cases, plus two trips to Japan for New Project and Durability Testing. I became lead Project Engineer for the introduction of the new hybrid engine for the CH-R, and saw this from initial concept to start of production.

My career with Toyota has been filled with opportunities, but by far the greatest to date was the chance to live and work in Japan for 18 months as part of the Inter-Company Transferee (ICT) Scheme. Adapting to the Japanese culture of work and life, as well as the language, was by-far the toughest challenge I had ever faced. Through this challenge I was able to grow in both professional and personal terms, adding to the experience I already had in engine manufacturing as well as passing several Japanese exams. I studied the Toyota Principles in the environment and language they were born, in addition to developing my understanding of Toyota as a global company. The immense challenge led to huge personal reward. There was also the additional benefit of gaining many new friends, travelling to all areas within Japan and 8 new countries. After returning to the UK with my heightened understanding, independence and confidence I continue to look for development and progression opportunities wherever available.