Added: Over a year ago by Fujitsu

This blog is co-authored by Kam Dhillon and Kirsty Gallacher

In September 2018, we published a 1.5% decrease in our second gender pay gap – from 17.9% in 2017 to 16.4% in 2018. While our gender pay gap is significantly better than the tech sector average, we do not view it as acceptable and are committed to remedying it. This year, we have taken a detailed look at our findings and have identified key actions to complete in order to move our Gender Diversity Action Plan forward and close our gender pay gap. This blog series will focus on these key actions and impacts.

The theme for this year’s International Women’s Day, taking place on March 8th, is ‘Balance for Better’.

Despite well-publicised efforts to redress gender imbalance in the most powerful rooms around the world – the boardrooms and parliaments, where decisions are influenced and made – the rate of progress on improving gender diversity is slowing.

‘Balance for Better’ is grounded in the belief that improved gender balance will have a beneficial impact for both organisations and the society we live in. These efforts need to take a broader view of diversity: gender should be just one aspect of the drive to greater diversity.

Whether it’s greater growth and profitability, or fostering more productive and inclusive work environments, there are plenty of strong arguments for a better balance.

For us, balance will only be achieved by taking long-term measures: we need to address the issue of disparity in the boardroom, we need to support early stage STEM and leadership interests too, and, perhaps most crucially, we need to be able to support women throughout their careers to achieve their full potential.

These are some of the things that Fujitsu’s Women’s Business Network (WBN) is dedicated to supporting.

When we came on board to co-chair the WBN we asked our members why they had joined the Network, and what they wanted to see it achieve.

It’s clear that our members want to see action. We’re now beyond the point of wondering what can or what could be done to address imbalance in our organisation. We are at the point at which action can and should be taken and we’re excited to be leading the WBN at such an exciting time!

The WBN, through events, mentoring schemes, confidence building, and training offers employees real and practical support in developing a work environment that is balanced, and inclusive.

This runs from initiatives like Girls Day, to improving aspects of our recruitment process, to supporting career progression, and ultimately shattering the glass ceiling that currently makes the boardroom seem out of reach.

Balance for a better society

Our role isn’t confined to Fujitsu either.

Imbalance is an industry-wide issue. In fact, it’s greater than that: it’s a worldwide, societal issue.

We’re now using the WBN to engage with a much broader pool of people, including new WBN members and gender champions, as well as customers and partners who are making similar efforts to tackle the issue of imbalance.

The next generation of talent will seek organisations that mirror and uphold their values of inclusivity. Organisations need to work both to provide an environment that will attract this next generation and provide them with the role models that they aspire to emulate.

Networks like the WBN are key to achieving ‘Balance for Better’ – and we are proud to lead Fujitsu’s efforts as we celebrate International Women’s Day this year.

Join us to shape your world 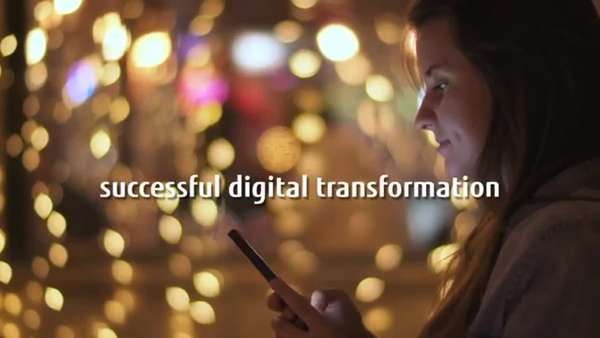