The London Eye is the tallest cantilevered observation wheel in the world and one of the most complex engineering projects in modern history.

The wheel was constructed to a demanding and complex schedule where we co-ordinated multiple work packages and developed unique and innovative solutions to create significant savings in time and cost. Our story started with a unique partnership. Alongside CH2M and Laing O'Rourke, we created the CLM delivery partner consortium to deliver the venues and infrastructure for the Olympic and Paralympic Games.

Together we designed and procured more than £5bn of work while achieving challenging sustainability, design, safety and training targets that set the programme apart and established new benchmarks for the industry, and for Olympic Games. 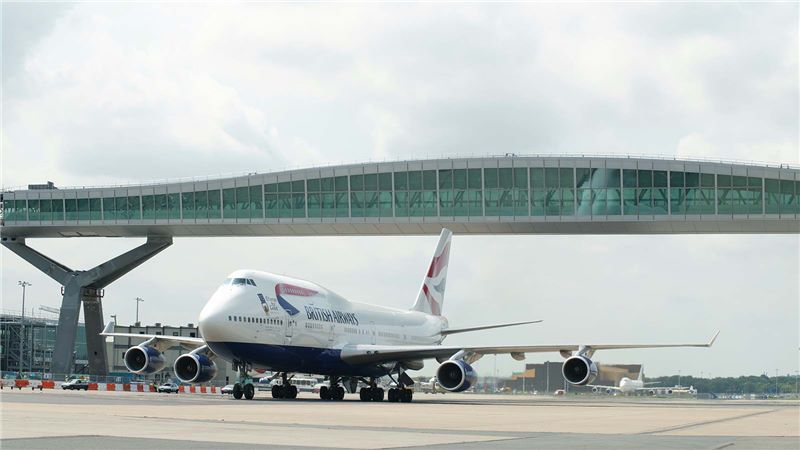 Gatwick Airport is the sixth busiest international airport in the world, and is the world’s busiest airport featuring a single runway operation.

The Pier 6 development at Gatwick was built as part of expansion plans to increase the capacity of the airport's North Terminal. Mace managed the construction of the new satellite building housing 11 aircraft stands, and a 197m long pier bridge linking it to the North Terminal building. Stations are increasingly becoming destinations in their own right, acting as a catalyst for inner city regeneration. Birmingham New Street station and Grand Central’s redevelopment has boosted daily passenger capacity from 170,000 to 240,000 as well as dramatically improving the overall passenger experience.

We spent seven years transforming one of Britain’s worst stations into one of its best by building a stunning, cathedral-like atrium that floods passengers with daylight. Bringing an iconic London landmark back to life after 35 years.

Since it was decommissioned in 1983 Battersea Power Station has stood derelict on the south bank of the River Thames. Renowned for its four chimneys and art deco design, the iconic Grade II* listed building is undergoing a massive transformation that will see it restored as a mixed-use development, creating over 25,000 jobs. Coronation Street is one of the UK’s most loved TV shows watched by over 9.5 million people each week. After 51 years of producing the show in the same studios, they decided to move into a new purpose-built facility fit for the 21st century, with four studios, a studio support building housing actor, production and post-production facilities. Mace’s construction of Tottenham Hotspur’s new stadium has delivered one of the finest and most unique sporting venues in the world, with a 61,000-seat capacity and a retractable pitch.

By developing Tottenham Hotspur's new stadium, we have helped to create a major sports and entertainment landmark for visitors, the wider community, London and the UK. By using our experience from the London 2012 Games, and the subsequent transformation of the Queen Elizabeth Olympic Park, we helped Lima to develop venues that are accessible and sustainable, ensuring their long-term future.

The legacy potential of the Lima 2019 Games is vast and Mace is proud to have played a part in ensuring long-lasting benefits. Pioneering designs in the heart of Za’abeel

One Za’abeel is a flagship, mixed-used development by Ithra Dubai. A symbol of ambition, innovation and the pioneering spirit of Dubai, it will stand proudly in the Za’abeel district at the heart of the city, strategically positioned between the old and new business districts.

Mace joins The Climate Pledge and Race to Zero

Mace achieves net zero carbon
Read more of our blogs »
LATEST
NEW SOCIETY! Aberdeen Chemistry Society CATCH UP on our webinar with Edwards... BDO VIRTUAL INSIGHT WEEKS Join one of the largest accountancy and business advisory firms THIS WEEK discover careers in vacuum and abatement… SUTTLE PROJECTS is looking for a Graduate Quantity Surveyor to join their team in Poole, Dorset CAREERS AT AUTODESK influence the next generation of designers and manufacturers JOIN ADMIRAL in a graduate level role in their new Pet Insurance team
Get discipline relevant job alerts