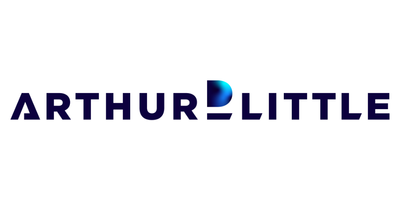 "Like many fresh graduates, I didn't know what I really wanted to do when I grew up, but had an interest in the Energy sector."

Like many fresh graduates, I didn't know what I really wanted to do when I grew up, but had an interest in the Energy sector arising from the first energy crisis in the 1970s. I applied to the Civil Service to work as an Economist, and was posted to the Department of Energy, as I'd requested. I worked on a pretty interesting set of issues, but didn't enjoy all aspects of life in the Department, as viewers of "Yes Minister" could perhaps appreciate! And so at the start of 1984 I found myself as a junior consultant at Arthur D Little's Energy Practice.

One of my first projects was to work on the renegotiation of the exploration and production agreements in place between a large international oil company and the national oil company of Angola. These negotiations took place over a period of about three years and the location rotated between Luanda, Lisbon, California and London. The several weeks that I spent in Luanda certainly made an impression, as the country was in the midst of a civil war. Over the years, I moved further downstream and began to specialise in the midstream and downstream parts of the energy sector. We built up a team, which reached about 20 people by the mid 1990s, and I was appointed Director. I thoroughly enjoyed my new role as "coach" to a team, and seeing the individuals I had recruited growing in competence and confidence. Their energy and drive fed through into myself, and I was able to set ever-more challenging goals for myself, which kept me interested.

By 1997 I felt I'd taken it as far as I could and I left Arthur D. Little to join another consulting firm. I enjoyed my time there, but that firm had a number of features which were less attractive than Arthur D. Little. Mainly these were the absence of the culture of collaboration, sharing and community which Arthur D. Little has in abundance. Also, the lack of a strong network of like-minded people spread around the world who are willing to help you whenever you ask them. So in September 2002 I was delighted to rejoin Arthur D. Little and work with colleagues whom I remembered fondly from my earlier career.

LATEST
EMBARK ON AN EXCITING CAREER Join M Group Services as a Graduate Civil Engineer BRYAN G HALL Join their dedicated team based in Leeds as a Graduate Transport Planner BRAND NEW EMPLOYER Advanced Vision Technology is looking for Electronic and Software Engineers to join their team THREE GRADUATE OPPORTUNITIES Join RSSB and you could significantly impact the rail industry in numerous ways JUST GONE LIVE Two graduate opportunities for Ricardo a global strategic engineering and environmental consultancy JUL/AUG/SEPT START DATES Couchbase are looking for graduate software engineers to join their team in Manchester
Follow your favourite employers
Save jobs to your shortlist
Receive personalised alerts
Access our live webinars
Register now
Get relevant job alerts
Gradcracker and Cookies
We use cookies to ensure that we give you the best experience on our website.
If you continue we'll assume that you are happy to receive all cookies from Gradcracker.
Continue
Learn more