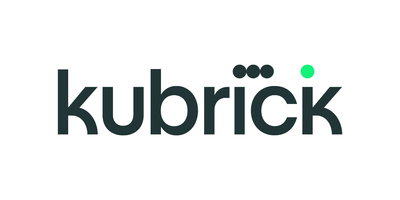 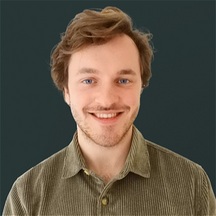 "I was inspired to join Kubrick because of the quality of the training, guaranteed placement at one of many large companies, a good salary and seniority progression."

Since I was young, I have been interested in technology, computers, and inventions, but I never pursued these fields as educational or vocational paths. It was whilst working in tech sales, creating relationships and speaking openly with the senior stakeholders who were my customers, that I saw the huge impact technology and data can have on a business. More so than this, I saw that there was still plenty of room for improvement, with a lot of companies lagging well behind. I wanted to move from selling solutions to designing and implementing them myself.

Moving into a career in data was the logical next step for me. I like the massive amount of opportunity to benefit from data that still exists in the business world – it makes working in data both freeing and satisfying day-to-day. It’s also great being at the forefront of a company’s digital innovation because you are designing solutions for now and the future, revolutionising the way a company works. Picking up the skills of tomorrow is the personal upshot of this.

Prior to joining Kubrick, I studied Music at the University of Oxford (University College), followed by two separate jobs, working in technology sales.

I was inspired to join Kubrick because of the quality of the training, guaranteed placement at one of many large companies, a good salary and seniority progression.

Without the four months of training, I probably would never have learned coding from scratch, but now I feel like a confident coder in both Python and SQL. It’s also very helpful being connected with other Kubrick consultants and trainers, both at your placement and beyond, as they are often the best source of tech knowledge if you need help.

I like how devoted Kubrick are to creating an inclusive, welcoming atmosphere for everyone, focusing on ethnic diversity, representation of women, and mental health.

I also love how many opportunities are now available. Recently, I was asked to provide a high-level overview of the project I am currently working on to a team of 30 senior employees via Webex. The feedback I received from my manager post-session was fantastic, and several people on the call contacted him to say they found my presentation insightful and interesting. I was called a “unicorn”, which is a moniker I will continue to strive for.

I believe a career in data is not closed off to anyone because of their university subject, previous work, background, or skills. Data needs young, intelligent, creative people to spur on the latest innovations. And from the individual’s perspective, there is so much opportunity in the field right now that carving out a career in data (with the right training and support to back you up) will surely be fruitful and fulfilling.