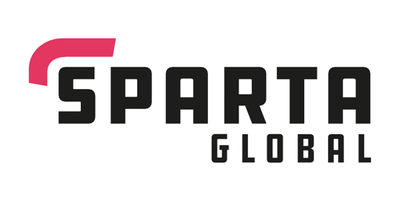 "I particularly enjoyed learning about - and using - Agile methodologies during training projects and behaviour-driven development, automating tests using systems like Cucumber and Ruby."

Luke Hargraves is a Spartan graduate working at Discovery Inc. After studying a degree in Mechanical Engineering at the University of Southampton, Luke discovered a new found passion for software engineering. Graduating from the Sparta Global Academy in January 2017, we caught up with Luke to discuss his new role and how Sparta’s training helped him kick-start an exciting career in tech.

How did your adventure begin with Sparta Global?

After finishing my university degree I was on the lookout for opportunities and schemes that would help me get into software development. When studying engineering at Southampton I had really excelled in the computing modules so began researching online and came across Sparta Global.

While at the Sparta Academy in Richmond I trained as an SDET. I particularly enjoyed learning about - and using - Agile methodologies during training projects and behaviour-driven development, automating tests using systems like Cucumber and Ruby. Not only did these methods really play to my strengths and interests, but they helped massively when I started working at Discovery Inc. in January 2017.

As a lead Developer at Discovery Inc, has your work made an impact?

Since being introduced to Discovery Inc.’s London office, I have been working on a broadcast management systems consolidation project, and as the sole developer for the custom reports that are built into the system. I was brought in initially as a QA tester to pick up the slack in reports development. Being part of a Spartan team at the Academy has helped me to hit the ground running on-site and really own the report development process at Discovery Inc. In addition to the development of XSLT reports changes, I am now also responsible for estimating the complexity of tasks in the development backlog, working closely with the BA team and end users at Discovery Inc. to design and deliver changes.

Is there a particular project you are most proud of?

I take a lot of pride in mine and the teams’ achievements so far. Working closely with the users in each business area, being able to solve problems that previously had costly manual workarounds, by creating reports that identify problem areas in workflows, and improving the structure of reports used to interface the system with external vendors. A real focus of my work has been to reduce the manual workload, so that business users can spend their time producing the best content they can, rather than fighting through administrative tasks.

There can be tremendous pressure when larger functional changes require a lot of alterations to the reports. Equally, owning the development has allowed me to become the subject matter expert, creating best practises for solving common problems and implementing plans for a better infrastructure for future development.

I am looking forward to continue working with the team as we take on the next releases and continuing to learn and grow in my role.