Ankura Consulting Group LLC (“Ankura”), a global consulting firm headquartered in New York, continues to build its German business in a big way: Michael Peters and Juan Carlos Klug join Ankura’s German management team as Senior Managing Directors. In addition, a team of 14 experts with a focus on Risk, Forensics and Compliance, as well as on Anti-Financial Crime and Capital Projects Advisory, will join Ankura on the same date. This means that within a short period of time, a total of 20 experts will be available at the Frankfurt office for the advisory business in Germany. With this expansion, the company has followed the demand of its clients.

Among other projects, Ankura has already been appointed by the court to independently oversee the Volkswagen Group’s multi-billion compensation payments to vehicle owners in connection with “Dieselgate”. In addition, Ankura’s experts are advising a major German energy supplier on the construction of Germany’s first liquefied natural gas terminal.

When it was founded six years ago, Ankura set itself the goal of offering clients both first-class local consulting expertise and, for selected global specialist topics, access to highly qualified international teams. With Uwe Heim, Markus Domin, Michael Peters and Juan Carlos Klug as well as a powerful team of experts, Ankura has reached a relevant size in Germany from a standing start in order to advise on demanding consultancy projects in Germany.

Initially, Ankura’s activities will be focused on the Risk, Forensics and Compliance areas, as well as on Anti-Financial Crime and Capital Projects Advisory. A second focus of the further development of the business in Germany is on Data and Tech, in which the Frankfurt and London-based Ankura teams have a very high level of expertise.

Ankura’s collaborative and team-oriented culture has enabled the firm to grow significantly faster than the overall market, with more than 1,500 professionals in 34 locations worldwide advising companies on complex business challenges in the construction, energy, financial services, real estate, healthcare and consumer goods sectors. The advisory services range from performance improvement to advice in acute crises and legal disputes.

A key driver of Ankura’s growth is the structural change in the audit and advisory market, with increasing regulatory pressure on incumbent advisory firms worldwide creating space for a new independent provider of significant scale.

Kevin Lavin, CEO of Ankura, said: “The extremely positive feedback from clients and market participants on the opening of our presence in Germany shows that we can also score with our approach here in Germany: We deliberately do not operate a legally regulated auditing business, but focus entirely on our expert and advisory services. This allows us to avoid potential conflicts of interest.”

Simon Michaels, Chairman EMEA and APAC of Ankura, added: “We are proud that, after Uwe Heim and Markus Domin, we have now also been able to gain renowned experts in their respective fields for Ankura with Michael Peters and Juan Carlos Klug. Our Risk, Forensics and Compliance, Anti-Financial Crime and Capital Projects Advisory business areas are thus excellently positioned in a national and international comparison.”

Uwe Heim, Senior Managing Director at Ankura and head of the German office, commented: “I have had the privilege of working with Markus Domin, Michael Peters and Juan Carlos Klug in the past, with some of them already for nearly twenty years, in different positions and on different projects, including at the Big Four consultancies.

Under the umbrella of Ankura, we now have the opportunity to build up the best advisory offering in Germany for preventive risk management, forensic and compliance issues, Anti-Financial Crime and Capital Projects Advisory. At the latest since Wirecard, the change in thinking in the boardrooms of German companies has also been visible to the outside world. The great interest shown by the market in our offer indicates that, especially in risk consulting, independent providers like Ankura can now come into their own in addition to the Big Four.”

Michael Peters (52) has more than 35 professional years of experience and is a long-standing expert in the field of prevention of money laundering, terrorist financing and other criminal offences. Until the end of June 2021, he headed KPMG’s nationwide Solution Anti-Financial Crime (AFC) unit. Prior to that, he was responsible for a similar unit at another accounting firm (Deloitte). Based on his outstanding professional career — as a former criminal investigator and investigator of the Federal Criminal Police Office (BKA), as deputy head of the Financial Intelligence Unit (FIU), gained through a five-year position in the AFC unit at a major German bank operating internationally and as an experienced head of AFC projects at two different Big Four auditing firms – he has multi-layered perspectives that are indispensable for the advisory business.

His work focuses on leading externally mandated investigations as well as advising parties that fall under the Anti Money Laundering Act (AMLA) including banks and insurance companies, High Value Goods Dealers and the real estate sector. Together with his interdisciplinary and experienced team, he specializes in assisting clients with processing backlogs such as the preparation of SARs or KYC audits, as well as in advising and assisting in AFC-related change processes.

Juan Carlos Klug (54) expands Ankura’s EMEA Capital Projects Advisory and leads the team in Germany. He has more than 20 years of experience in programme and project management in the construction and real estate sector and advises clients on the strategy, implementation and control of major transformation projects. His involvement in complex and major change projects spans the entire lifecycle: from opportunity identification and strategic planning to procurement, delivery support, review and investigations. He has particular expertise in advising German and international clients from the public and private sectors. Based on this expertise, Juan Carlos supports both supervisory boards and investors in the investment process by means of independent project evaluation.

With more than twenty years of professional experience, Juan Carlos Klug has a deep understanding and expertise in construction and real estate related issues, combined with many years of consulting and auditing projects in construction management and Big Four companies. In addition, he has always incorporated new aspects into his work and thus developed combined service offerings that include forensics, internal audit, corporate security and other disciplines.

How Do You Keep Pace with an Ever-Changing World? 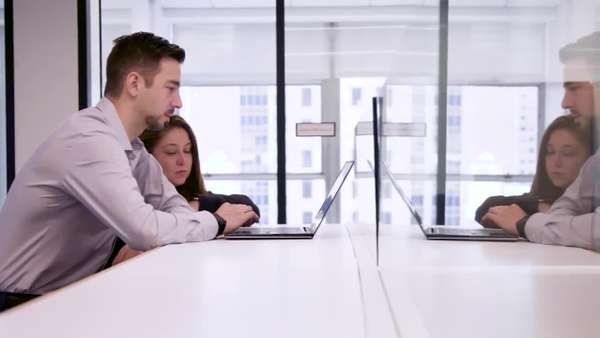