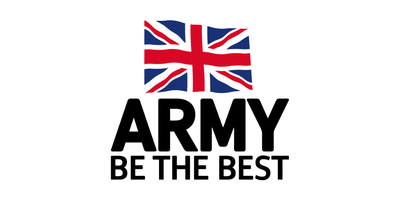 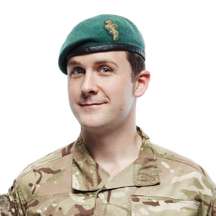 Captain in the Royal Electrical and Mechanical Engineers

"The job is very challenging and provides a variety of opportunities for developing skills that could easily be transferred into civilian life."

My Experience as an Army Officer

Originally from South London, I was educated at Royal Russell School Croydon before studying for my Bachelor’s Degree in Mechanical Engineering at Swansea University. Following my initial leadership training at the Royal Military Academy Sandhurst I completed the 6-month Military Systems Engineering Course and took up my appointment as a Power Pack Platoon Commander with 104 FS Bn REME in Bordon. I was in charge of a mobile power pack Platoon that replaced CV8 and CV12 tank engines in field conditions.

After 4 years as an Officer I was promoted to Captain and was posted to Equipment Support Squadron Commando Logistic Regiment Royal Marines. I was 2nd in command of the Workshop managing a team of over 130 skilled and physically fit tradesmen. This was a highly demanding, but rewarding, responsibility – especially for someone in their mid-twenties. After this I then went on to take over command of my own workshop in The Royal Citadel Plymouth.

In 2010 I spent a month in Canada for a major field exercise, where it was my job to ensure a battle group of over 100 armoured fighting vehicles could operate and fight constantly on the Canadian prairie.

As part of my development I’ve undertaken various courses including an 8-week All Arms Commando Course which involved building physical robustness, operating in severe conditions and learning vertical and amphibious assault tactics. I also deployed to Norway with the regiment to ensure that the workshop's cold weather capabilities of fixing vehicles in sub-zero temperatures was maintained. I was also given the opportunity to travel to Ascension, a volcanic island in the middle of the South Atlantic, for 2 weeks scuba diving with turtles and whale sharks.

I have completed a number of sports courses ranging from British sub-aqua sports diver, mountain leader, kayak 2 star and a ski touring foundation as well as a triathlon coaching qualification which I use to teach novices to the discipline. I am an enthusiastic sportsman and have represented the REME at cross country and the Army at the inter-services surfing championships. I’m a keen tri-athlete and runner and took 20 members of my workshop to Switzerland to complete a half Ironman distance triathlon before subsequently taking them to the Welsh full Ironman triathlon in Tenby, Pembrokeshire.

The job is very challenging and provides a variety of opportunities for developing skills that could easily be transferred into civilian life. On completion of my current job as Officer Commanding of a Workshop I will be able to upgrade my Incorporated Engineer status with the Institute of Mechanical Engineers up to Chartered status.