Added: Over a year ago by British Steel

It will see British Steel supply premium rail into a series of major projects during the next eight years including the multi-million-pound North-West Multimodal Transport Hub in Derry~Londonderry.

The contract is the company’s latest with a national operator, it having recently secured new agreements with Network Rail, Infrabel and RFI.

Richard Bell, British Steel’s Commercial Director Rail, said: “We enjoy an excellent working relationship with Translink and are delighted to have signed this new contract extension after a competitive tendering process.

“This agreement is another great example of how we work in partnership with national rail operators, providing premium products and services to ensure optimum performance.”

Among the products British Steel will supply are:

“Our rail will be going into some hugely significant projects and we look forward to continuing to work with Translink and helping deliver a first class service to rail users throughout Northern Ireland.”

Among the projects British Steel rail will be going into is the new North-West Multimodal Transport Hub, an important gateway to the North-West. Construction of the hub – which is designed to encourage people to move from cars to public transport – started in September 2018 and is scheduled for completion in late 2020. It will also be used in a major track renewal scheme in the Lurgan area.

Mervyn McCollam, Head of Permanent Way at Translink, said: “We are delighted to have secured this contract with British Steel for the ongoing supply of rail products.

“The range of deliverables, both standard grade rail but also increasingly the provision of premium rail products, ensure we are able to provide high quality and high performing infrastructure to meet the needs of a modern railway.”

The Translink contract extension is the latest rail agreement to be announced by British Steel. 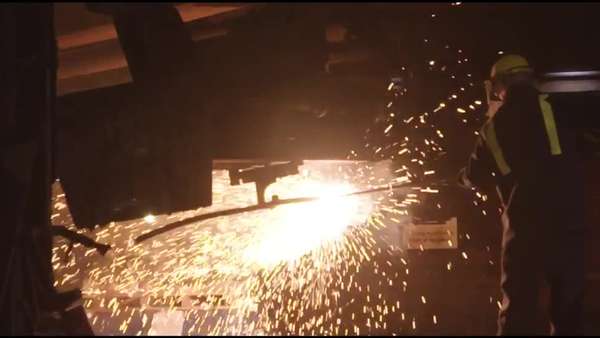