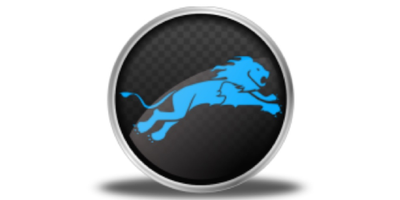 TTP Full Blue Racing (FBR) is the Formula Student (FS) team of the University of Cambridge. Established in 2006, we first made it to the tracks in the following year, and since then we have been involved in at least one FS competition (predominantly FSUK) every year. In FS Spain 2016, we were also the best-performing British team, and we are looking to expand our international involvements.

We are a student-led team that designs and builds a single seat racing car every year to be entered into the IMechE Formula Student competition. We have the added aim of inspiring undergraduates to become innovative engineers, and to equip our members with the skills required for their future careers, in both the practical and business aspects. To find out more about our society please visit:
www.fullblueracing.co.uk

We are a team of around 50 students from all years.
We achieved one of our best ever FSUK results in 2019, where we were one of only 24 teams out of 83 combustion vehicles that were able to participate.
The team is split into 7 sub-teams, 6 of which are technical, working on different areas of the car, and 1 non-technical that works on developing the car’s business model.
FBR is open to students from all courses looking to get involved and contribute to the team’s work (no prior racing knowledge is required).
The opportunities that FBR brings are endless. Our graduates have gone on to various industries, from F1, to engineering firms.

Formula Student (FS) is Europe's most established educational engineering competition, celebrating its 22nd anniversary in 2020. Each year, Formula Student sees over 100 university teams from around the globe travel to Silverstone to compete in static and dynamic events that will test their preparation and hard work.

The project usually forms part of a degree-level project and is viewed by the motorsport industry as the standard for engineering graduates to meet, transitioning them from university to the workplace.

Each team goes through a rigorous testing process involving the following events:

With the live event cancelled due to the COVID-19 pandemic, we entered the virtual Formula Student competition, which included design, business and cost elements, in a similar style to the live competition. We submitted documents in June and had interactive Q+A sessions in July, with 12 team members facing the judges across 7 video calls.

Due to the hard work of the whole team over the course of the year, we achieved a position of 16th (out of 72 entrees), which is by far the best FBR has ever done at Formula Student UK.

The focus of 2019 was to improve on the functional design of the FBR18. The biggest focus was on manufacturing simplicity of vehicle dynamics components, and the differential system mounting. To best utilise our resources, it was decided that the chassis would be reused with a new stressed engine design. With this finalised, design and development of the sub-systems began in earnest. The suspension designs were slower than anticipated due to a knowledge gap within the team. Implementation of a knowledge platform, a comprehensive handover and a reading list was created to rectify this in the future. Other design projects included creation of a new inlet, exhaust, loom, dashboard and bodywork. Various new processes were tested, for example rapid prototyping of the sidepods moulds.

For 2019, FBR entered the UK competition, and the final build period spanned 5 weeks in June and July, during which time the car was finalised and tested. A total distance of 3km was travelled, allowing testing of all systems. During this period several major faults occurred which were documented and shared with the rest of the team as it is vital that team members learn from mistakes and not repeat them in future.

At Silverstone the final touches were put onto the car and we headed to scrutineering. Once scrutineering was passed, the FBR19 competed in two dynamic events: the sprint and endurance races. We gained points for competing in the sprint, despite our time being outside of the required delta to put us into significant points. We got the 19th furthest in endurance of the 81 cars entered into Formula Student UK, a personal best for FBR at Silverstone.

We would like to thank all of our sponsors for their help and support, without which Full Blue Racing could not exist. We would also like to thank all of the workshop staff from the Engineering Department, whose hard work and advice is invaluable in making the team a success.

We are always looking to strengthen our team and recruit new members. We passionately believe in the benefits the project has at both degree and career level, and we encourage students from across the University to get involved!

If you want to get in contact with our Society, please email us and take a look at our website.