The fight against global warming is one of the priorities of the 21st century, and implies an energy transition on a world scale, with the objective of making accessible a sure and sustainable energy to all the populations, and thus allowing them to reach the most advanced standards of life, in particular in terms of health, communication, and education. 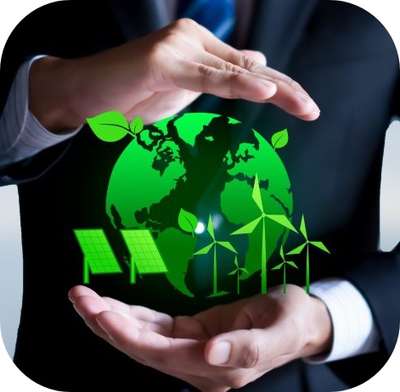 Assystem considers itself as a militant company in favour of the fight against climate change and the development of nuclear energy throughout the world, convinced that the latter is essential in the fight against global warming.

Our digital activities are also at the service of the energy transition and aimed at accelerating it.

The second major revolution in which Assystem is playing a part is that of digitalisation and using it to enhance the performance of our infrastructures. Mining the data generated in any industrial infrastructure provides a wealth of information and helps leverage performance.

The field is thus wide-ranging and the new technologies are multidimensional. For example, levels of safety and security will be enhanced through improved requirements management. Project design and steering will also be enhanced, with digital engineering support tools. Field services solutions will also be developed to optimise the operational performance of facilities and their operators. Imagine your Career
LATEST
NEW EMPLOYER! Join MGF who are recruiting for their next generation of Technical Sales Professionals. PROFESSIONAL ENGINEERING Kickstart your career at Xpedite OVER 50 OPPORTUNITIES Apply to BlackRock on one of their placement or graduate roles BRAND NEW! Take a look at Mathys & Squire who are an intellectual property powerhouse WORK TOWARDS CHARTERSHIP Get involved in a variety of projects with energy consultancy Verco as a Junior Consultant NEW EMPLOYER! You could be working for Fujifilm who is a global technology leader on one of their placement opportunities
Follow your favourite employers
Save jobs to your shortlist
Receive personalised alerts
Access our live webinars
Register now
Get relevant job alerts
Gradcracker and Cookies
We use cookies to ensure that we give you the best experience on our website.
If you continue we'll assume that you are happy to receive all cookies from Gradcracker.
Continue
Learn more