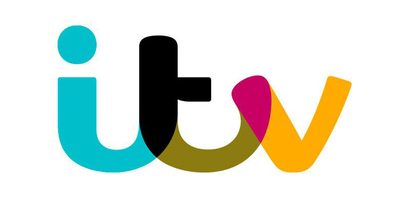 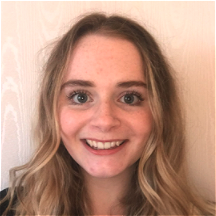 "The main thing that strikes me so far is how lovely everyone is at ITV, the first few weeks have been incredibly welcoming."

Hello, I’m Emily and I recently began my role of Technology Graduate. Notionally, I am based in Leeds, however the majority of the tech teams, including me, are working from home for the moment. Despite the impact of COVID-19, and the restrictions that have been placed on the working environment, the scheme has been adapted to be able to introduce us all virtually. The technology services are really well set up to make the remote onboarding process as smooth and as positive as possible.

My ITV journey started when I attended an assessment centre in Leeds in early March 2020, and then an online interview later on that month. In the assessment centre, there were a number of group activities, including a practical task which required the team to work together to problem solve, a thought-provoking situation that we needed to discuss and debate, and a presentation on technology topics. After the group activities, we had lunch and were able to mingle, which was a great opportunity to talk to the ITV team and pick their brains about their roles within the company and what future projects they were excited about. Following lunch, there was a small logic test and a relaxed individual interview.

Candidates at our graduate assessment centre

Because of Covid, the follow up interview was switched to a video call with two of the technology team based in the Leeds office. It was a competency based discussion, and we talked about times where I had demonstrated particular skills using examples from previous experiences. I’d say that you don’t need to be an expert in every aspect of technology, instead a desire to learn is key. From the several hundred people who applied, I was chosen as one of six new Technology Graduates.

In the first week and a half after we first joined ITV, we were introduced to the majority of the technology teams, which really gave an insight into the breadth of technology across the company. It also allowed us to get to know the people that we’ll be working with during the scheme. Currently, I am in my first placement in the Content Delivery team.

The main thing that strikes me so far is how lovely everyone is at ITV, the first few weeks have been incredibly welcoming. There is a real feeling of community and support for your future success. When I first saw the specifications for the role, it was like they’d looked into my brain and seen it was everything I wanted in a graduate scheme and so far I have not been disappointed. The next two years will give me exposure to many areas of technology at ITV and also provide a well-rounded career foundation. At the moment, I’m not quite sure what area of technology I would like to go into but that’s part of the beauty of this scheme — I will be able to try my hand at many different things and find out what I like and what I want to do going forward.