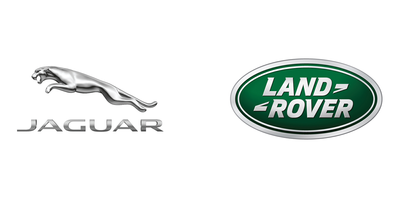 I’d say the most exciting part of the role so far is the environment I’m working in.

Jake started as an Undergraduate in the Exterior Surfacing Team at Jaguar Land Rover in June this year. Here he tells us about his experience so far.

‘Everything has been incredibly positive- at work and socially. In the office the team has welcomed me with open arms, the Early Careers team has done a fantastic job of setting up events so that we can all meet each other outside of work. My role in Surfacing has been a steep learning curve. The programme we learn is so complex that we’ve had one-on-one training for 3 months. I’ve just graduated from that though and, having got to grips with the programme now, I can say it’s really rewarding and feels like a key role to finalise the design process.

I came from SolidWorks which is a parametric modeller and ICEM Surf I work with now is a freeform tool so it’s like a completely different language. Using nodes to control surfaces allows us to be incredibly accurate, which is the main priority for an A-Class Surfacer.

I’d say the most exciting part of the role so far is the environment I’m working in. The studios are state-of-the-art and the number of things I’ve seen that I can’t talk about really makes the role feel special! Moving forwards, I’m hoping to work on production vehicles so that in a few years, when the vehicles are out, I’ll be able to point and say, ‘I surfaced that.’

Jaguar Land Rover is an incredibly supportive environment in which to work and learn.

Everyone around you wants the best for you and are willing to help you out.
Read more of our blogs »

We are the Future of Movement - Jaguar Land Rover Graduate, Undergraduate & Apprentice Careers Our Culture
LATEST
SYSTEMS Infinity Systems Engineering is looking for a Graduate to start immediately 2022 GRADS Join delaware - a fast-growing, global company GET CHARTERED as a Graduate at Arun Associates (civil/building) MANUFACTURING Kickstart your career with this Graduate Scheme from IPN VARIED ROLE Discover ForrestBrown's Tax Associate Programme - open to all STEM NEW SOCIETY University of Exeter Renewable Energy Society (RES) SUMMER INTERNSHIP as a Building Energy Analyst at new employer, Chartwell Controls
Follow your favourite employers
Save jobs to your shortlist
Receive personalised alerts
Access our live webinars
Register now
Get relevant job alerts
Gradcracker and Cookies
We use cookies to ensure that we give you the best experience on our website.
If you continue we'll assume that you are happy to receive all cookies from Gradcracker.
Continue
Learn more