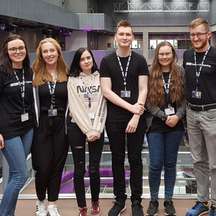 "It has made me more confident in my abilities, as I have realised my strengths and what I really enjoy..."

From the beginning of July to the end of August, the Design and Engineering department in Glasgow took on 6 summer interns to gain experience of what it’s like to be a developer at the BBC.

Now that our 8 week placements are coming to an end, we’re taking a look back over our time with D&E, and reflecting on how the experience has prepared us for a career in software development.
Here is what one of our interns had to say:

When I first arrived at the BBC, I felt somewhat intimidated. I had only just finished college with an HND in Computer Science, and was about to start University with direct entry in to 3rd year of Computing. As you can imagine, I was very nervous to find out what team I had been assigned to, what work I was going to do, and whether or not I would fit in.

After an initial meeting with some members of the D+E Team in Glasgow, as well as the other interns who were joining alongside me, I was assigned to the AMP team as well as a specific team member as my “buddy”. As someone who has a keen interest and love for software development, and is currently trying to learn a plethora of languages, I was very happy to join this team as I felt I could learn a lot from their work.

There was a lot to get used to in the first couple of weeks of me working with this team. As a student, I had never worked with Amazon Web Services, as well as other things that were commonly used in this team. There were a lot of words and phrases used in meetings that I didn’t understand, and there were often times in the first week where I sat in meetings that I didn’t understand at all. Subsequently, I decided to bring a notebook into every meeting and write down anything that I didn’t understand, and ask someone, mainly my “buddy” for help once the meeting was over. Having a point of contact in the team that I could ask these types of questions to was lifesaving, as I don’t think I’d have understood nearly half of the meetings if I hadn’t asked him.

After getting to grips with the fundamentals, I was finally assigned my own ticket to work on for the course of my internship. In this ticket I was asked to create an updated Digital Ecosystem Event Language (DEEL) message java client using a provided JSON Schema. DEEL messages are a type of message used in some projects in the AMP team and currently had no way of being generated easily. My team wanted an alternative to use if needed, and a generated message could be more useful to them in a language they know better.

This ticket was very suitable for an intern to work on. While it was still a useful addition to their project, it was not a crucially important part of the system that needed a definite deadline, and it would not impact the work of other team members in a negative way if something were to go wrong. This made me feel much more at ease, as it meant I could take my time learning things I didn’t know without feeling like I was stretched for time or that I was pestering other members.

Being able to experience the working environment of the BBC has left a great impression on me. The BBC is so welcoming and laid-back, and it is the perfect place to do a first internship. It has made me more confident in my abilities, as I have realised my strengths and what I really enjoy, and it has made me more ambitious as I know what I need to work on to be able to work in a job doing what I love. 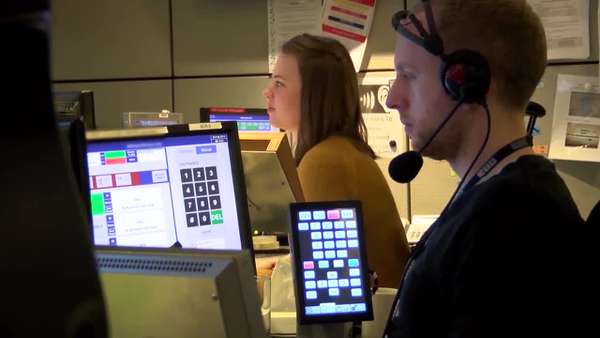 Working in Technology at the BBC