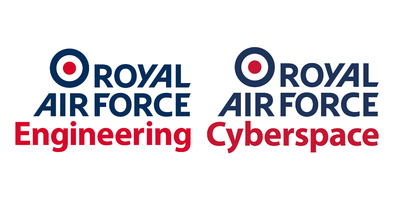 The work that RAF Engineers do is vital.

Today’s modern RAF is the UK’s aerial, peacekeeping and fighting force. Whilst it’s their job to protect the UK against any threat, they also act as a force for good around the globe - by working to strengthen international peace and security, and bringing humanitarian aid and protection to the victims of disaster and war.

And from the maintenance of some of the fastest aircraft in the world to the control of cutting-edge communications electronics, and everything in between, RAF Engineers are the backbone to the whole operation.

RAFC Cranwell was established as the world's first air academy in 1919, and is now home to the development centre that provides initial training to all of the RAF’s commissioned officers.

We arrived early in the morning and met Flight Lieutenant Paul Grimes, our guide for the day. Our first stop was the Recruitment and Selection Headquarters, where we discussed the RAF’s Hub on Gradcracker. We always work really closely with our employers to feature the most relevant information about their work, and Jessica suggested a number of exciting page additions that we have since implemented.

Two beautifully depicted subjects... and the people in the paintings!

We then met Squadron Leader Pieter Severein for lunch. He was extremely complimentary of the work Gradcracker has done for the RAF over the years they’ve advertised with us, and was really looking forward to continuing this into the future.

Paul then took us around the Officer and Aircrew Selection Centre. This is where each potential Officer goes to be selected for Initial Officer Training (IOT), and we viewed facilities such as the hangar with the leadership exercises. As we walked, he was keen to stress that the RAF caters for people from every background, with various outlooks and interests.

He showed us some of the onsite amenities provided for the permanent staff and trainees, including a nursery, a community centre, and numerous sports resources.

He explained that the IOT is designed to prepare potential officers for life as a leader. The course is delivered by experienced and highly trained RAF personnel who challenge recruits intellectually, mentally and physically, with their coaching and mentoring ethos preparing cadets effectively for their specialist area of training.

Next, we toured the magnificent College Hall Officers’ Mess. The building is steeped in history, with alumni such as Prince Charles, T.E. Lawrence (better known as Lawrence of Arabia) and Sir Frank Whittle (inventor of the turbojet engine) passing through its doors.

Its museum-like interior is equally impressive, with framed portraits, chesterfield sofas and mini exhibitions highlighting the RAF’s grandeur past - and its transition into today’s high-tech force.

Throughout the visit to College Hall, we learned a huge amount about life in the RAF. Officers enjoy a highly competitive benefits package that includes everything from bonuses to a gym membership and discounts for them and their partner. They’re even entitled to six weeks of paid leave each year, plus public holidays!

Carla and Jessica fit right in!

Paul said that RAF personnel often develop a great deal of mutual trust and confidence because of how much they come to rely upon one another. He said these benefits often extend beyond work, with the amount of opportunities to socialise both on and off the base resulting in genuine friends being made for life.

He also explained that whatever role a Trainee Officer chooses, they will be offered outstanding development opportunities to take their degree or Master’s further, be it through an MBA or specialised degree or Master’s for a specific role. This is complemented by the RAF encouraging all Engineer Officers to become Professionally Accredited, and close engagement with the 4 Professional Bodies (IMechE, IET, RAeS and BCS). And best of all, there are fast-track routes to IEng and CEng with fees fully paid for.

As we left the Hall we were sad to bid Paul, Pete and RAFC Cranwell goodbye, but excited that we’d learned so much about life in the RAF - and would be able to relay this information to our students.

Make sure you browse the RAF Hub to learn more about life within the organisation, and to apply for their opportunities! 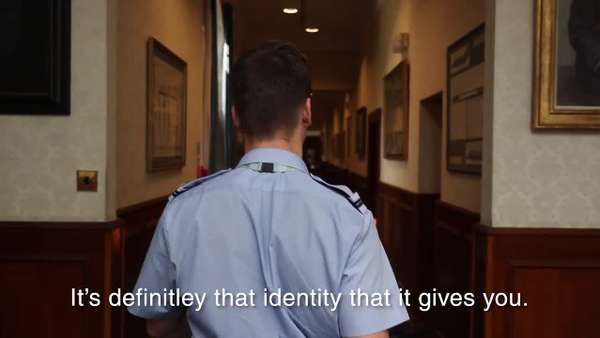 Life in the RAF

Gold for RAF aviator at the Commonwealth Games 2022

Newcastle University supports RAF’s pathway to Net Zero
Read more of our blogs »
LATEST
JUST GONE LIVE New employer Lumentum has one internship and seven graduate opportunities NEW EMPLOYER! Join MGF who are recruiting for their next generation of Technical Sales Professionals. PROFESSIONAL ENGINEERING Kickstart your career at Xpedite OVER 50 OPPORTUNITIES Apply to BlackRock on one of their placement or graduate roles BRAND NEW! Take a look at Mathys & Squire who are an intellectual property powerhouse WORK TOWARDS CHARTERSHIP Get involved in a variety of projects with energy consultancy Verco as a Junior Consultant NEW EMPLOYER! You could be working for Fujifilm who is a global technology leader on one of their placement opportunities
Follow your favourite employers
Save jobs to your shortlist
Receive personalised alerts
Access our live webinars
Register now
Get relevant job alerts
Gradcracker and Cookies
We use cookies to ensure that we give you the best experience on our website.
If you continue we'll assume that you are happy to receive all cookies from Gradcracker.
Continue
Learn more