For six decades, we've been helping our clients to create breakthrough products and services and to realise their most ambitious technology-based aspirations.

These are some of the most potent examples of our work with global blue chips, aspiring enterprises and ambitious start-ups from a range of market sectors.

Here are a few Case Studies:

Our task was to rise to a challenge set by the Defence and Security Accelerator (DASA), part of the UK government Ministry of Defence. The organisation sought innovations that would deliver a step change in military logistics capability across maritime, land and air domains. The autonomous behavioural engine we demonstrated to them enables fast and safe unmanned logistics in congested, dynamic environments. 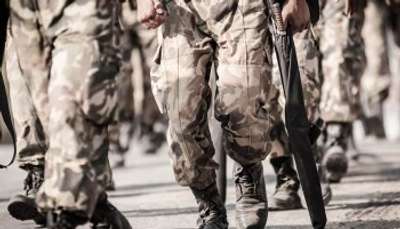 We utilised virtual environments to train the algorithm, before implementing it to our platform. This significantly reduced the time and cost for training and avoided the reliance on capturing high quality real-world data.

During the Dstl trial, we also took advantage of simulation to showcase how an autonomous vehicle would deliver goods across a busy Sea Port of Disembarkation (SPOD).

Having provided virtual evidence of the autonomous behavioural engine performing in a complex and dynamic environment we then showed the system operating ‘live’ with our demonstrator robot to the event’s audience.

Our behavioural engine combines AI-based navigation with custom reinforcement learning. Its learned human behaviour predicts where people will go. It then uses that judgement to make its next move.

This happens in real time, allowing a robot to negotiate the fastest route with no pauses, no stops and less downtime. We’ve been careful to constrain the robot to move only in human-like ways, which results in greater levels of acceptance and trust from those sharing its environment.

The logistics hubs, warehouses and facilities of the military supply chain are crowded and dynamic, with personnel, vehicles and mechanical loading equipment constantly on the go.

Any autonomous system must deal with this complexity – and be effective, fast and trusted by the people around it. This is where our technology comes to the fore. It mimics the way humans navigate congestion, predicting movement and finding the fastest route as they go.

This is contrary to typical approaches which have proximity sensors to stop a robot when people are close, thus hindering progress in busy environments. We shared the innovation as part of the ‘Right on Time: Automating Military Logistics’ competition run on behalf of the Defence Science and Technology Laboratory (Dstl) by DASA. As well as recognising its relevance, organisers said that assuring the system and developing an appropriate safety case would be a key stakeholder consideration.

It was also felt that more testing is required and that additional capabilities need to be added – considerations that the CC team agree with and are discussing.

Automation inspired by other industries

Our solution was originally envisaged to enable robots to navigate through crowded environments such as theme parks or airports.

The DASA project came along at just at the right time for us to demonstrate its utility in applications associated with automating logistics in defence.

It also presented the opportunity to receive live feedback on our prototype and technology framework. A truly valuable exercise indeed.

Make it smaller, lighter, lower power – and don’t forget the performance improvement. That was the challenge we faced when our long-standing client Park Air Systems needed a new generation of its market-leading air traffic control radio system, the Park Air T6, which manages the movement of aircraft in the majority of the world’s airspace.

Clear differentiation from the client’s competitors was required – the aim was to ‘wow’ the market. To achieve this, small improvements wouldn’t be enough. The new system was engineered to be less than half the size of its predecessor, less than half the weight, more power efficient, and still deliver significant performance improvements.

It enabled Park Air Systems to reinvent ground-to-air communications, offering fail-safe communications across most of the world’s airspace, ensuring safer travel for 800,000 passengers every day.

The Ocado Smart Platform (OSP) is Ocado Group’s world-leading suite of solutions that has been built to transform online grocery across the world. As a strategic OSP technology partner, we worked alongside Ocado Technology to develop the unique communication system that sits within the OSP, orchestrating swarms of bots across highly automated warehouses./p> The Ocado Smart Platform (OSP) combines Ocado Group’s proprietary end-to-end software systems with their physical fulfilment assets to deliver superior economics for grocery retailers and unmatched experiences for consumers. In close collaboration with Ocado Technology’s engineering teams, we developed a communication system for the OSP unlike anything else available.

It uses unlicensed spectrum to provide simultaneous and robust communication between thousands of bots and the control system, allowing each to talk to the communication system ten times a second, collectively carrying four terabytes of data a day. The result sets Ocado Group apart in the industry through a breakthrough in radio design and the most densely packed cellular network in the world.

The OSP communication system orchestrates swarms of bots in Ocado Group’s highly automated warehouses. These bots move across giant storage grids at speeds of up to four meters per second, with a clearance of just five millimetres between them.

Through machine learning, robotics and data science, Ocado Group continues to lead the transformation of online grocery. We are now collaborating with Ocado Technology to evolve the next generation of the OSP’s highly flexible communications system for use by their partners around the world.

Uptake of OSP licenses has been fast. Ocado Group has already established agreements with leading grocery retailers across North America, Europe, Asia and Australasia, to scale those retailers’ online operations sustainably and profitably.

We worked as an extension of Ocado Technology’s design team during development of the wireless communication system, collaborating to overcome each fresh challenge and carrying out fast regulatory, feasibility and de-risking processes.

The insider’s view
Read more of our blogs »
LATEST
NEW EMPLOYER! Join MGF who are recruiting for their next generation of Technical Sales Professionals. PROFESSIONAL ENGINEERING Kickstart your career at Xpedite OVER 50 OPPORTUNITIES Apply to BlackRock on one of their placement or graduate roles BRAND NEW! Take a look at Mathys & Squire who are an intellectual property powerhouse WORK TOWARDS CHARTERSHIP Get involved in a variety of projects with energy consultancy Verco as a Junior Consultant NEW EMPLOYER! You could be working for Fujifilm who is a global technology leader on one of their placement opportunities
Follow your favourite employers
Save jobs to your shortlist
Receive personalised alerts
Access our live webinars
Register now
Get relevant job alerts
Gradcracker and Cookies
We use cookies to ensure that we give you the best experience on our website.
If you continue we'll assume that you are happy to receive all cookies from Gradcracker.
Continue
Learn more