Added: Over a year ago by CERN

The Baryon Antibaryon Symmetry Experiment (BASE) at CERN’s Antimatter Factory has set new limits on the existence of axion-like particles, and how easily those in a narrow mass range around 2.97 neV could turn into photons, the particles of light. BASE’s new result, published by Physical Review Letters, describes this pioneering method and opens up new experimental possibilities in the search for cold dark matter. 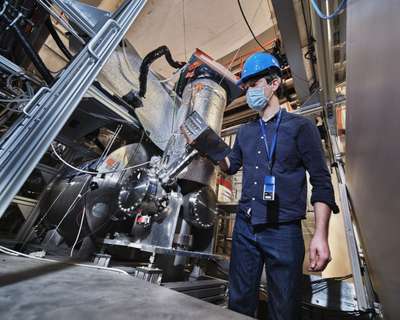 Jack Devlin, physicist, adjusts the sensitivity of the antiproton beam monitor of the BASE experiment. (Image: CERN)

Axions, or axion-like particles, are candidates for cold dark matter. From astrophysical observations, we believe that around 27% of the matter-energy content of the universe is made up of dark matter. These unknown particles feel the force of gravity, but they barely respond to the other fundamental forces, if they experience them at all. The best accepted theory of fundamental forces and particles, called the Standard Model of particle physics, does not contain any particles that have the right properties to be cold dark matter. The result reported by BASE investigates this hypothetical dark-matter background present throughout the universe.

Since the Standard Model leaves many questions unanswered, physicists have proposed theories that go beyond it, some of which explain the nature of dark matter. Among such theories are those that suggest the existence of axions or axion-like particles. These theories need to be tested, and many experiments have been set up around the world to look for these particles, including at CERN. For the first time, BASE has turned the tools developed to detect single antiprotons, the antimatter equivalent of a proton, to the search for dark matter. This is especially significant as BASE was not designed for such studies.

“BASE has extremely sensitive detection systems to study the properties of single trapped antiprotons. These detectors can also be used to search for signals of particles other than those produced by antiprotons in traps. In this work, we used one of our detectors as an antenna to search for a new type of axion-like particles,” says Jack Devlin, a CERN research fellow working on the experiment.

The Baryon Antibaryon Symmetry Experiment (BASE) at CERN’s Antimatter Factory has set new limits on how easily axion-like particles in a narrow mass range around 2.97 neV can turn into photons, the particles of light. BASE’s new result, published by Physical Review Letters, describes this pioneering method and opens up new experimental possibilities in the search for cold dark matter.

Compared to the large detectors installed in the Large Hadron Collider, BASE is a small experiment. It is connected to CERN’s Antiproton Decelerator, which supplies it with antiprotons. BASE captures and suspends these particles in a Penning trap, a device that combines electric and strong magnetic fields. To avoid collisions with ordinary matter, the trap is operated at 5 kelvins (around -268 degrees Celsius), a temperature at which exceedingly low pressures, similar to those in deep space, are reached. In this extremely well-isolated environment, clouds of trapped antiprotons can exist for years at a time. By carefully adjusting the electric fields, the physicists at BASE can isolate individual antiprotons and move them to a separate part of the experiment. In this region, very sensitive superconducting resonant detectors can pick up the tiny electrical currents generated by single antiprotons as they move around the trap.

In the work published by Physical Review Letters, the BASE team looked for unexpected electrical signals in their sensitive antiproton detectors. At the heart of each detector is a small, approximately 4 cm in diameter, donut-shaped coil of superconducting wire, which looks similar to the inductors you often find in ordinary electronics. However, the BASE detectors are superconducting and have almost no electrical resistance, and all the surrounding components are carefully chosen so that they do not cause electrical losses. This makes the BASE detectors extremely sensitive to small electric fields. The detectors are located in the Penning trap's strong magnetic field; axions from the dark-matter background would interact with this magnetic field and turn into photons, which can then be detected.

Physicists used the antiproton as a quantum sensor to calibrate the background noise on their detector. They then began to search for narrow frequency signatures inconsistent with detector noise, however faint, which could hint at those induced by axion-like particles and their possible interactions with photons. Nothing was found at the frequencies that were recorded, which means that BASE succeeded in setting new upper limits for the possible interactions between photons and axion-like particles with certain masses.

With this study, BASE opens up possibilities for other Penning trap experiments to participate in the search for dark matter. Since BASE was not built to look for these signals, several changes could be made to increase the sensitivity and bandwidth of the experiment and improve the probability of finding an axion-like particle in the future.

“With this new technique, we’ve combined two previously unrelated branches of experimental physics: axion physics and high-precision Penning trap physics. Our laboratory experiment is complementary to astrophysics experiments and especially sensitive in the low axion-mass range. With a purpose-built instrument we would be able to broaden the landscape of axion searches using Penning trap techniques,” says BASE spokesperson Stefan Ulmer.

The jobs behind the science 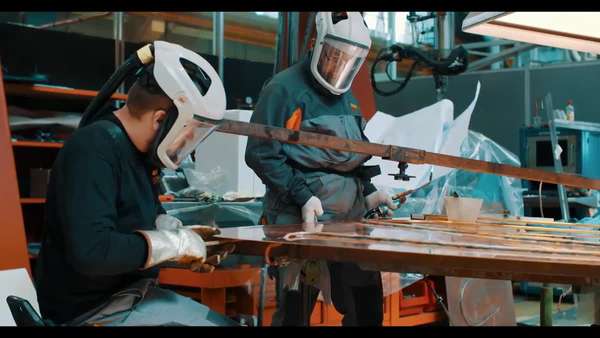 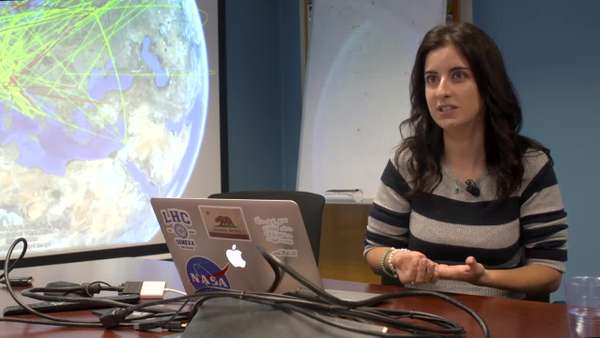 Our History
LATEST
U-POL Join them as a Graduate R&D Scientist EMBARK ON AN EXCITING CAREER Join M Group Services as a Graduate Civil Engineer BRYAN G HALL Join their dedicated team based in Leeds as a Graduate Transport Planner BRAND NEW EMPLOYER Advanced Vision Technology is looking for Electronic and Software Engineers to join their team THREE GRADUATE OPPORTUNITIES Join RSSB and you could significantly impact the rail industry in numerous ways JUST GONE LIVE Two graduate opportunities for Ricardo a global strategic engineering and environmental consultancy
Follow your favourite employers
Save jobs to your shortlist
Receive personalised alerts
Access our live webinars
Register now
Get relevant job alerts
Gradcracker and Cookies
We use cookies to ensure that we give you the best experience on our website.
If you continue we'll assume that you are happy to receive all cookies from Gradcracker.
Continue
Learn more