Gradcracker’s visit to CERN in Switzerland

We’d like to say a huge thank you to everyone who submitted a question to CERN. There have been lots of great questions, and we wish we could ask them all!

If you have submitted a question, we will notify you by email when the winning questions are announced.

So, our visit to CERN is fast approaching and we now have the details of our guided tour…

Gradcracker will be visiting two facilities at CERN: The Cryomagnets Test Facility – SM18 and The Alpha Magnetic Spectrometer – AMS. We’ve included some information about both below. The Cryomagnets Test Facility is a world leading magnet test facility for testing magnets and instrumentation at low temperature (1.9 K up to 80 K) and up to high currents (30 kA).

CERN will provide us with a guide who will explain all the technological challenges behind the Large Hadron Collider and how they were addressed: cryogeny, magnetism, superconductivity, vacuum etc. 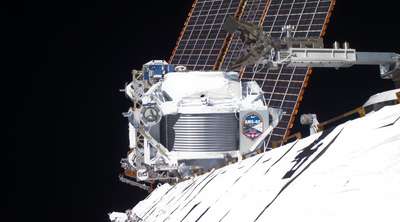 The Alpha Magnetic Spectrometer is a particle-physics detector that looks for dark matter, antimatter and missing matter from a module attached to the outside of the International Space Station (ISS).

On the tour, our guide will take us to the control room where scientists are monitoring data from the magnetic spectrometer mounted externally to the International Space Station.

We can’t wait to share our experiences with you when we get back!

Anna Cook is Deputy Group Leader of the Talent Acquisition Group at CERN. When Anna joined CERN in 2004, she first worked as project administration manager on the Enabling Grids for e-SciencE (EGEE) project. In 2010, she moved to HR where, among other activities, she coordinates all the communications, sourcing, marketing and outreach for CERN’s student, graduate and professional programmes.

Priscilla Valavicius is the Sourcing and Communication Assistant of the Talent Acquisition Group at CERN. Priscilla started her career recruiting flight crew in Brazil, and later moved to England where she worked at the University of Oxford as an HR Officer. At CERN Priscilla is the coordinator of the Doctoral Student Programme, and supports with sourcing and communication for the different student programmes.

Harry first came to CERN as a Technical Student in 2015. Thereafter, he joined CERN in 2018 on their Junior Fellowship programme, and is now working in CMS Area Management. Ana is a Mechanical Engineering Fellow at CERN working on beam diagnostics for the High-Luminosity LHC project. Ana studied at University of Bath (undergrad) and undertook her Masters degree at Imperial College in Advanced Mechanical Engineering and joined CERN in October 2017. Vaila is a Technical Student at CERN working with diamond Raman lasers within the Resonance Ionization Laser Ion Source (RILIS) team. Jahan is a Technical student at CERN from the University of Bath, where he studies Mechanical Engineering. He is working in the EAM (Experimental Area Management) team for CMS – this involves mainly infrastructure design and storage management.

Ray is the section leader responsible for beam instrumentation mechanical systems at CERN. He has a PhD in engineering, starting his career in fusion energy research before coming to CERN in the 1990s at the beginning of the LHC project. He has broad experience of the CERN accelerators and experiments, and has been responsible for the design and construction of many major systems. He also works to promote engineering, sponsoring a number of undergraduate projects with UK universities.

I completed a Masters in Mechanical Engineering (MEng) at Imperial College London in 2008. Now, I am a Chartered Mechanical Engineer (CEng IMechE) with over 10 years professional experience in the energy industry in the UK and now I am working as a cryogenics process engineer at CERN.

CERN is more than just physics! ...and that is what attracted me to looking for opportunities at CERN. Engineering skills are essential to develop some of the most complicated, challenging and exciting solutions for the biggest experiments in the world. At CERN, I am responsible in delivering projects from concept to commissioning, such as integrating a €10 million cryogenic infrastructure upgrade for the SM18 Superconducting Magnet Test Facility. 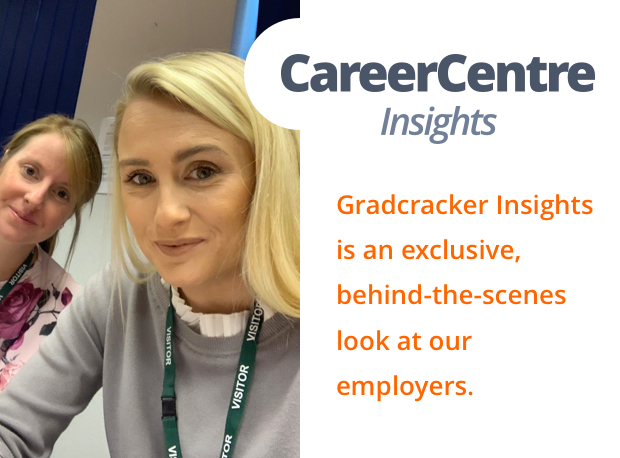 We often visit our advertisers, spending a full day touring their facilities, speaking to their graduates/interns and working with their recruiters on content for their Company Hubs.

We can get a real ‘insight’ into their working environment, their culture and the things they are working on. We also learn about their recruitment processes and the things each company looks for in their ideal candidates.

It’s useful stuff for you to know if you’re considering applying to them – so we thought we’d share it!

The Gradcracker Podcast
Subscribe and listen on:
iTunes
Spotify
The Gradcracker Alert Service will email you with any new opportunities from this company. You can manage your list of followed companies on your Gradcracker Dashboard.
LATEST
FLUENT IN GERMAN? Jacobs is looking for a project manager grad who's literate in German - accepting 2:1 and above JUST GONE LIVE Froneri, the second largest manufacturer of ice cream in Europe, has a new Hub on Gradcracker - go check them out EMPLOYEE BENEFITS find out about the wide variety of benefits at TPP! JUST GONE LIVE EES - graduate/undergraduate electrical engineer accepting 2:1 and above, don't miss out BRAND NEW channelcentral is looking for a technical solutions developer graduate - if you have a computing related degree, apply now WORK IN CAMBRIDGE Arthur D Little is looking for a strategic safety & risk management grad - accepting 2:1 and above