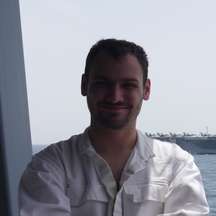 "Still only in my mid-twenties, the Royal Navy has already provided me with a huge array of experiences and I am on my way to achieving Chartered Engineer Status."

Originally from Walsall, I completed my A-Levels at Welbeck Defence Sixth Form College before studying for my Bachelor’s Degree in Electro-Mechanical Engineering at Aston University as part of the Defence Technical Undergraduate Scheme. Following my initial Officer training at Britannia Royal Naval College in Dartmouth I completed the Systems Engineering Management Course at HMS SULTAN before being appointed to HMS DUNCAN as the Deputy Marine Engineer Officer (DMEO).

As a Deputy Marine Engineer Officer,  I was second in command of the Marine Engineering Department. Here, I supervised the day-to-day running of the department and the overall performance of the propulsion and auxilary equipment, ensuring that Command have power, propulsion and steering whenever they need it.  During this time I completed a 9 month deployment to the Arabian Gulf, a demanding period but rewarding with the amount of responsibility I had.

Having completed my DMEO time I have now moved into Maritime Capability, Trials and Assessment (MCTA), an organisation which proves the performance of both existing and future engineering systems of the fleet through the conduct of trials and assessments. My role within this organisation is the Fire, Escape and Shock Survey Team Leader where I manage a team of 7 who conduct safety surveys to ensure the vessels have the correct safey equipment to proceed to Sea.

The main reason I joined up was the opportunity for travel and within my 5 years of service so far I have visited Hawaii on HMS DARING as she completed a global trip. In my current role I also visited South Korea to survey RFA TIDESPRING which is being built there.

Now in my mid twentites I am fully qualified to return to sea as the Marine Engineer Officer on any Frigate or Destroyer, with this huge array of experience the Royal Navy has given me I am well on my way to achieving Chartered Engineer Status.