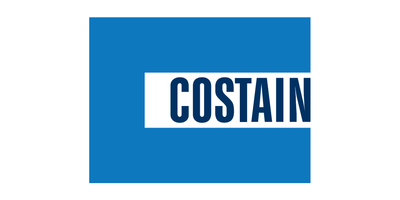 "After joining Costain as a graduate engineer following a two-week experience at the Crossrail Anglia I found myself surrounded by supportive colleagues and a company who values my development."

Getting to know more about Costain I have realised that I have joined a big family rather than a firm. Costain has been a leading pioneer company for 152 years improving people’s lives throughout the course of modern history such as the WWII where Costain was the contractor to rebuild a great part of Central London post war.

Initially I was excited but thoughtful about the responsibility and duty of being an engineer as well as mindful of the male dominated environment. After joining Costain as a graduate engineer following a two-week experience at the Crossrail Anglia I found myself surrounded by supportive colleagues and a company who values my development.

Working on a colossal project such as Crossrail and now the HS2, it entails a lot of challenges. Time, cost and quality are of essence but the decisive factor is working in Central London, mitigating risks to the public and leaving the absolute minimum impact to the environment.

I am currently working towards my Chartership with ICE, I am an active STEM ambassador and an advocate for more females to join our industry.

Within 18 months with Costain, I was shortlisted for trainee of the year at the Costain awards 2017 (out of 2000 nominations), I am the ambassador of my university (UEL- University of East London) featuring in an advert 2016/17 in the London Underground, Bus stops, Evening Standard etc. I was also nominated for the top 50 women in engineering under 35 years (July 2017), an initiative run by the Telegraph and Women in Engineering Society UK (WES).

LATEST
BRAND NEW EMPLOYER Advanced Vision Technology is looking for Electronic and Software Engineers to join their team THREE GRADUATE OPPORTUNITIES Join RSSB and you could significantly impact the rail industry in numerous ways. JUST GONE LIVE Two graduate opportunities for Ricardo a global strategic engineering and environmental consultancy JUL/AUG/SEPT START DATES Couchbase are looking for graduate software engineers to join their team in Manchester NEW EMPLOYER Lilac Energy is a specialist supplier of software systems apply to one of their two graduate positions RADIUS SYSTEMS Join them as a Process Development Engineer on a Year-long placement
Follow your favourite employers
Save jobs to your shortlist
Receive personalised alerts
Access our live webinars
Register now
Get relevant job alerts
Gradcracker and Cookies
We use cookies to ensure that we give you the best experience on our website.
If you continue we'll assume that you are happy to receive all cookies from Gradcracker.
Continue
Learn more