Added: Over a year ago by Science & Technology Facilities Council

The European Southern Observatory (ESO) has published three papers about the ground-breaking instrument, MOONS, and the possibilities it will offer for galactic and extra-galactic astronomy research when it is installed on ESO’s Very Large Telescope (VLT) at the Paranal Observatory in northern Chile.

Imagine if telescopes had the power to ‘see’ the abundance of chemical elements in millions of stars through vast quantities of interstellar dust, including the innermost regions of our Galaxy – the Milky Way. What would we learn?

Imagine too if astronomers were able to study the ‘sweet spot’ of galaxy formation – 10 billion years ago – when the Universe was at its most efficient at forming stars and galaxies. What would that tell us?

Multi-Object Optical and Near-infrared Spectrograph, or MOONS for short (nothing to do with the actual moon, of course) is a new powerful instrument that has been designed with ground-breaking new tech to study the universe from its earliest beginnings right through to the present day. How do galaxies form and evolve? This is one of the fundamental questions that MOONS will enable astronomers to explore.

The construction of MOONS is well underway with first light on the telescope scheduled for mid-2022. With the MOONS team now approaching a major milestone – the first cool-down of the whopping 3,000 kg vacuum vessel in the lab at UKATC – the MOONS consortium has published three papers in the latest ESO Messenger. These explain for the astronomy and engineering community how the instrument will enable unprecedented observing capabilities; as well as providing the detailed science plans for the dedicated Galactic and extra-galactic research.

Here, the leading MOONS scientists share their take on ESO’s published papers, the ground-breaking instrument, and the impact that it will have on the fields of galactic and extra-galactic astronomy: MOONS: the new Multi-Object Spectrograph for the VLT

“MOONS is a powerful and versatile instrument that will pioneer a vast range of astronomical studies, from stars in our Milky Way to the most distant galaxies ever formed.

“To meet these aspirations, we have focused on three essential challenges: high sensitivity to observe fainter stars and galaxies; high multiplexing to efficiently observe as many of them as possible; and wavelength coverage of near-infrared windows to disentangle key spectral features.

“This has resulted in large optics, an enormous cryostat, and more than a thousand moving parts. We are now excited to see that the vast majority of the state-of-the-art components of the instrument have been manufactured to a high standard and are now being integrated in Edinburgh.

“As Principal Investigator, I am immensely proud of the dedication and outstanding work demonstrated by the engineers and scientists across the MOONS Consortium.”

MOONS surveys of the Milky Way and its satellites
UK ATC Astronomer and MOONS co-project scientist Oscar Gonzalez talks about how MOONS will enable research of the Milky Way:

“In the field of galactic archaeology, we aim to reconstruct the history of the Milky Way by measuring the abundance of a variety of chemical elements in the atmospheres of stars and linking those to detailed events from the galaxy’s past.

“MOONS will allow us, among many other things, to study regions that give us unique insights into important episodes of that history but that remain either completely hidden due to large amounts of dust or for which the sample sizes remain too small.

“Within our surveys, we will obtain very precise chemical abundances of several elements for more than half a million stars – reaching more than a million over the lifetime of the instrument.

“We will be able to build an unprecedented dataset that will dramatically increase our knowledge of the Milky Way, its environment, and as a consequence, of galaxies similar to our own.” 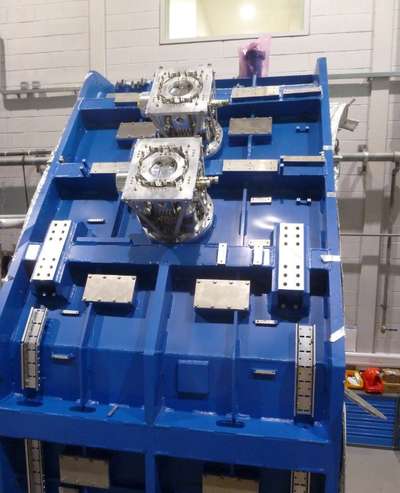 “MOONRISE will identify and characterise hundreds of thousands of galaxies in the early Universe by observing many of their features that are shifted to infrared wavelengths as a consequence of the cosmic expansion.

“This unprecedented endeavour is simply impossible with current instruments. The high-quality data delivered by MOONS will provide precious information on the properties of distant galaxies and of the environment in which they live.

“This information will be key to understand the nature of primeval galaxies and to determine the mechanisms that have driven their formation and evolution, resulting in the mature galaxies that we observe in the local Universe.”