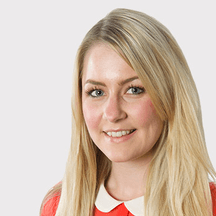 "I wanted to be part of a large international construction company, so naturally I chose Balfour Beatty."

Emily joined Balfour Beatty as a Graduate Engineer in 2011 after completing her BEng in Civil Engineering. Since completing the Graduate Programme, she has developed a career in Health and Safety at Head Office.

Tell us about your role, the project you are supporting and the type of work you undertake on a daily basis.

I joined Balfour Beatty through a sponsorship scheme whilst studying Civil Engineering at University, where I undertook a summer placement on a Highways Agency maintenance contract on the road network in the South West of England. I started my career as a Graduate Engineer, working for Birse Civils, who were part of Regional Civil Engineering at the time. I worked on projects with values of £1 million to £51 million as a site engineer.

I wanted to be part of a large international construction company, so naturally I chose Balfour Beatty. I wanted the opportunity to work on projects of different sizes, the potential for international travel and the scope to move around the business.

My highlight so far has to be watching a pre-fabricated steel frame footbridge being lifted into place over a motorway on a night closure. It was a long and cold night, but seeing the bridge fit into place on the bearing shelves we had constructed was worth it!

With Balfour Beatty I have had the opportunity to change roles to suit my long term career aspirations. I was supported in my decision to change roles and was helped during the transition between operating businesses. The Graduate Development Programme was brilliant and provided me with the skills I need to help develop personally and professionally for my career. I am currently working towards becoming a Graduate member of IOSH (Institution of Occupational Safety and Health).

"Graduates on the scheme are offered a wide variety of placements in a number of..."

"I am currently working on the Track Partnership Project between Balfour Beatty Rail and..."

"The support and communication is to a high standard. No matter who you are speaking to,..."

"I can see that Balfour Beatty will play an important role in my future development..."

"I am working on a London Bridge station remodeling project as part of the Thameslink..."
Meet more of our employees »
Download it and follow us.
You'll be the first to know.
The Gradcracker Alert Service will email you with any new opportunities from this company. You can manage your list of followed companies on your Gradcracker Dashboard.
LATEST
GRADCRACKER VISITS CERN Gradcracker has been invited to visit CERN in Switzerland – find out how you can get involved BRAND NEW Royal Society of Chemistry undergraduate research bursary scheme - £305.20 per week GRADCRACKER CAREER CENTRE find out why a CV and cover letter is an important part of your application EXPLORE OUR 200+ EMPLOYERS find out more about each of our employers on the A-Z search 12 MONTH PLACEMENTS build the career that you want at Caterpillar - accepting 2:2 and above - apply today SOFTWARE DEVELOPER TPP has internship & graduate opportunities in software development - open to all STEM disciplines - don't miss out