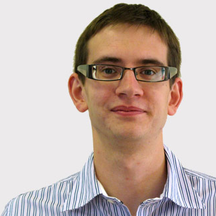 "Graduates on the scheme are offered a wide variety of placements in a number of locations across the country."

Tell us a bit about your role, the project you are supporting and the type of work you undertake on a daily basis

Graduates on the scheme are offered a wide variety of placements in a number of locations across the country. My own experiences range from design work in Derby, to commercial projects in Cardiff, to on-site engineering roles in Newcastle.

My daily tasks therefore vary according to placement and location. Initially seconded as a design engineer in a small design team, I dealt with a variety of temporary works, overhead line and foundation design tasks. I then became involved with stringing activities (positioning the wires on the towers) and, once trained, was climbing the towers as part of a small team to ensure the quality and performance of the line. I then worked on foundation installation and tower erection in the role of Site Engineer and Supervisor, taking a key role in the final section of the line. I have also had the opportunity to complete a ten month placement on a 400kV overhead transmission project in New Zealand, which saw the construction of over 430 towers spanning 196km of diverse terrain across the country's North Island.

Balfour Beatty caught my eye at a university fair, and I applied for sponsorship during my degree. Following three years of successful summer placements working for the company, I was offered a full time graduate role on the scheme. The familiarity of the company as well as its culture and development opportunities encouraged me to stay.

The company has provided me with role-specific Project Management and Leadership training as part of its graduate development programme. This training contributes towards the APMP qualification for the Association of Project Managers. I am also working towards Chartership with the ICE (Institute of Civil Engineers) on a training agreement funded by the company. The graduate team organises and runs bi-monthly ICE meetings to learn from each other’s experiences as well as the views and expertise shared by external speakers.

Starting with Balfour Beatty at such an early stage in my career has given me the chance to “learn the business” and understand the way in which it operates, as well as developing relationships with people across the operating environment and levels of the business. The Graduate Scheme has allowed me to see where I can develop within the business, which gives me a strong grounding to select my future career path.

Working on the New Zealand project was an amazing opportunity. I took on the role of Site Supervisor and was responsible for the installation of some innovative and bespoke tower designs. I was the lead on a particular section of the line and had the responsibility of several tasks including working closely with suppliers to ensure timely and quality delivery of resources. My heavy involvement with the delivery of this project has been my proudest moment at Balfour Beatty.

What has surprised you most about working for Balfour Beatty?

All my colleagues have been willing to help me regardless of my skill level or expertise. There is a good atmosphere working for Balfour Beatty, and I have made lasting friendships and working relationships with people all over the world.

What top three tips would you give anyone thinking of applying to Balfour Beatty?

"I can see that Balfour Beatty will play an important role in my future development..."

"The support and communication is to a high standard. No matter who you are speaking to,..."

"I wanted to be part of a large international construction company, so naturally I chose..."

"I am currently working on the Track Partnership Project between Balfour Beatty Rail and..."

"I am working on a London Bridge station remodeling project as part of the Thameslink..."
Meet more of our employees »
Download it and follow us.
You'll be the first to know.
The Gradcracker Alert Service will email you with any new opportunities from this company. You can manage your list of followed companies on your Gradcracker Dashboard.
LATEST
FLUENT IN GERMAN? Jacobs is looking for a project manager grad who's literate in German - accepting 2:1 and above JUST GONE LIVE Froneri, the second largest manufacturer of ice cream in Europe, has a new Hub on Gradcracker - go check them out EMPLOYEE BENEFITS find out about the wide variety of benefits at TPP! JUST GONE LIVE EES - graduate/undergraduate electrical engineer accepting 2:1 and above, don't miss out BRAND NEW channelcentral is looking for a technical solutions developer graduate - if you have a computing related degree, apply now WORK IN CAMBRIDGE Arthur D Little is looking for a strategic safety & risk management grad - accepting 2:1 and above