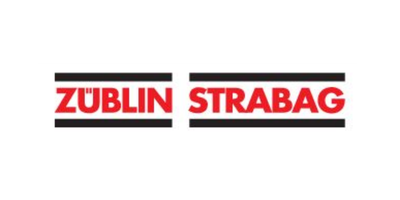 The Woodsmith Project is located in north-eastern England within the North York Moors National Park and contains the world's largest known high-grade Polyhalite resource. The project's owner is Anglo American (AA), one of the world's largest mining companies. 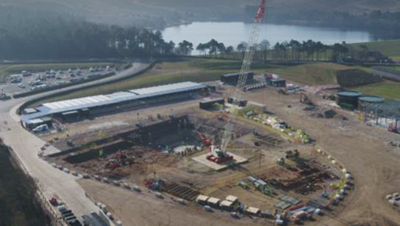 Rapidly increasing and urbanised world populations require the use of fertiliser for more efficient food production. Polyhalite provides this by sustainable and low carbon means. It will be extracted via a mine shaft and transported underground on a Mineral Transport System (MTS) to the Materials Handling Facility.

In March 2018 STRABAG was awarded the contract for the design and construction of the tunnel and associated fit out works. The total contract value amounts to several hundred million Euros with a 100 % share for STRABAG.

The original contractual schedule for the 13 km long Drive 1 tunnel was amended and expanded in 2019 for the entire 37 km long tunnel and associated works. The TBM used on Drive 1 is a Herrenknecht Single Shield TBM with a hard rock cutterhead, named S-1175 “Stella Rose”. The segments are fabricated on site in a factory specially set up for the project, including production of steel reinforcement cages. The concrete is batched on site by Mobilbaustoffe, a division of the STRABAG group. The entire production line up was laid out for an equivalent of 20 m per day of TBM advance. The anticipated productivity was achieved using local labour, many with no previous segment manufacturing experience after a learning curve of about 3 months.

Further innovations are underway in the segment production with the use of robotic assistants for Carousel 2 and automated welding for cages production.

From the design stage onwards, the project has focussed on sustainable, environmentally sensitive construction. The MTS itself is an environmental mitigation measure for the mine – a means of transporting tens of millions of tonnes per annum of Polyhalite 37 km underneath the North York Moors National Park without any use of road or other surface transport. The modern diesel-electric hybrid tunnel locos use kinetic energy recovery to gain maximum advantage of the steep profile and length of the tunnel, radically reducing emissions and minimising ventilation requirements.

The excavated rock is used to cap a large area of historically contaminated land associated with a nearby steelworks which will be brought back into beneficial used by the Client as part of their Port Handling Facility. From the Woodsmith Mine, the mineral will be extracted via a mine shaft from 1550 m below ground and transported on the underground conveyor based Mineral Transport System (MTS) to the Materials Handling Facility in Teesside where it will be granulated. After being processed, the product will be transported to port via overland conveyor system and the majority will be exported to overseas markets. 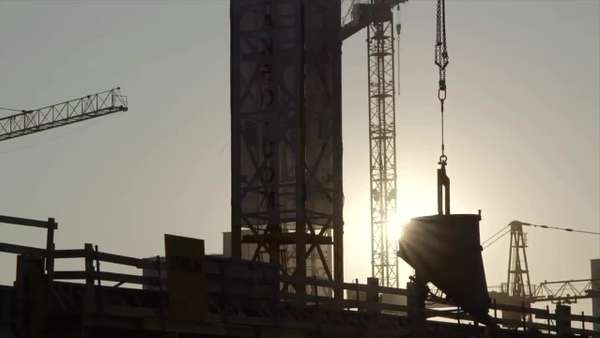 Building Construction
LATEST
EMBARK ON AN EXCITING CAREER Join M Group Services as a Graduate Civil Engineer BRYAN G HALL Join their dedicated team based in Leeds as a Graduate Transport Planner BRAND NEW EMPLOYER Advanced Vision Technology is looking for Electronic and Software Engineers to join their team THREE GRADUATE OPPORTUNITIES Join RSSB and you could significantly impact the rail industry in numerous ways JUST GONE LIVE Two graduate opportunities for Ricardo a global strategic engineering and environmental consultancy JUL/AUG/SEPT START DATES Couchbase are looking for graduate software engineers to join their team in Manchester
Follow your favourite employers
Save jobs to your shortlist
Receive personalised alerts
Access our live webinars
Register now
Get relevant job alerts
Gradcracker and Cookies
We use cookies to ensure that we give you the best experience on our website.
If you continue we'll assume that you are happy to receive all cookies from Gradcracker.
Continue
Learn more