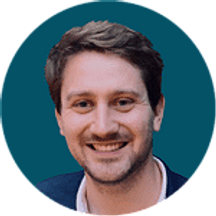 "Nick works for Ark Teacher Training because he has seen first-hand the value and impact of exceptional teacher training throughout his career."

Nick is a Secondary Tutor for Ark Teacher Training working with schools in East London and Portsmouth.

As well as running weekly Thursday training, Nick frequently visits trainees in school to catch up, see how they’re getting on and work alongside their coaches and Ark Teacher Training Leads to support them.

Nick trained with Teach First in 2012, first working at The Bushey Academy near Watford before becoming a Head of House at Stratford School Academy in East London, where he also led the MFL Department. After three years, he moved to Harris Academy South Norwood for two years before starting his role with Ark Teacher Training in 2020.

In 2015 he completed an MA in Leadership at UCL Institute of Education, and in 2019 was a part of one of the first cohorts of Chartered Teachers in the country.

Nick works for Ark Teacher Training because he has seen first-hand the value and impact of exceptional teacher training throughout his career.

Nick is a politics enthusiast outside of work and has developed a passion for cycling during lockdown. He’s an avid reader, and studying languages has left him with a serious case of wanderlust!

LATEST
JUST GONE LIVE New employer Lumentum has one internship and seven graduate opportunities NEW EMPLOYER! Join MGF who are recruiting for their next generation of Technical Sales Professionals. PROFESSIONAL ENGINEERING Kickstart your career at Xpedite OVER 50 OPPORTUNITIES Apply to BlackRock on one of their placement or graduate roles BRAND NEW! Take a look at Mathys & Squire who are an intellectual property powerhouse WORK TOWARDS CHARTERSHIP Get involved in a variety of projects with energy consultancy Verco as a Junior Consultant NEW EMPLOYER! You could be working for Fujifilm who is a global technology leader on one of their placement opportunities
Follow your favourite employers
Save jobs to your shortlist
Receive personalised alerts
Access our live webinars
Register now
Get relevant job alerts
Gradcracker and Cookies
We use cookies to ensure that we give you the best experience on our website.
If you continue we'll assume that you are happy to receive all cookies from Gradcracker.
Continue
Learn more