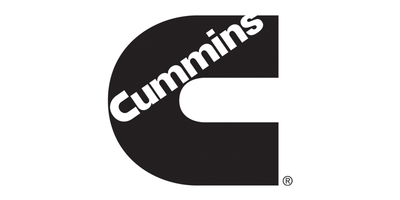 Added: Over a year ago by Cummins

Haya Water is the organisation responsible for the implementation and operation of sewage treatment facilities throughout the state of Oman. Amongst these is a major site at Al Ansab near the capital Muscat. The expansion of the site would approximately double capacity from 57,000 to 125,000 m3/ day for the treatment plant and from 130,000 to 260,000 m3/day for the pumping station. On completion, Al Ansab would become one of the largest facilities in the world to use the flat-sheet-membrane bioreactor process, which produces high-quality reclaimed water and minimises environmental footprint. It would become the biggest water treatment plant in Muscat, capable of producing more than 100,000 m3 of high purity reusable water per day, and it would provide Oman’s capital with one third of its total irrigation requirements for landscaping and beautification up to the year 2025.

Cummins was the right partner to support international requirements

Cummins won the contract thanks to a wide range of factors, including relevant prior experience in Oman and a strong presence in Korea, home of main contractor Doosan Heavy Industries & Construction.

One of the main contractor’s fundamental requirements was the use of a “single-window system”, an internationally recognised trade facilitation concept. Under a single-window system, everyone involved in an international project is required to file standardised information and documents at a single point, to streamline all of the project’s import, export and transit related regulatory requirements. Universal Engineering Services (UES) with the support of Cummins Project Design & Implementation (PD&I) team was able to meet this requirement better than the competition. 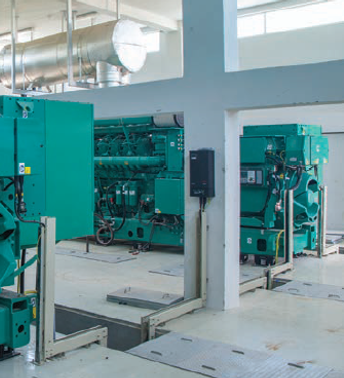 The PD&I team provided expertise throughout the project on several issues: remote radiators for the generators, exhaust silencers, flexible ducting, battery charger selection and supply for the QSK95 units and neutral grounding panels for the medium voltage generators.

Cummins took advantage of its global capabilities, reputation and footprint to deliver the winning solution. UES took the leading role by virtue of its local presence in Oman, its track record of similar projects in the country, and its demonstrated turnkey project capability. The Cummins PD&I team provided technical support, and Cummins in the UK ensured good price support and assistance with deliveries.

After AECOM was selected as design consultant in 2013, the Al Ansab expansion project was a four-year journey. Doosan Heavy Industries & Construction won their contract in June 2015 and in December 2015 they awarded the generator set order to Universal Engineering Services. Cummins was able to meet the aggressive project delivery timeline. All the products had to be delivered in approximately six months after approvals, to support the customers’ deployment schedule for the Haya Water plant. The Cummins units were delivered to site, according to the committed schedule, in 2016. Global presence, single-source supply, ability to meet the delivery timeframe, and a single-window capability all proved crucial in placing responsibility for the project with Cummins.